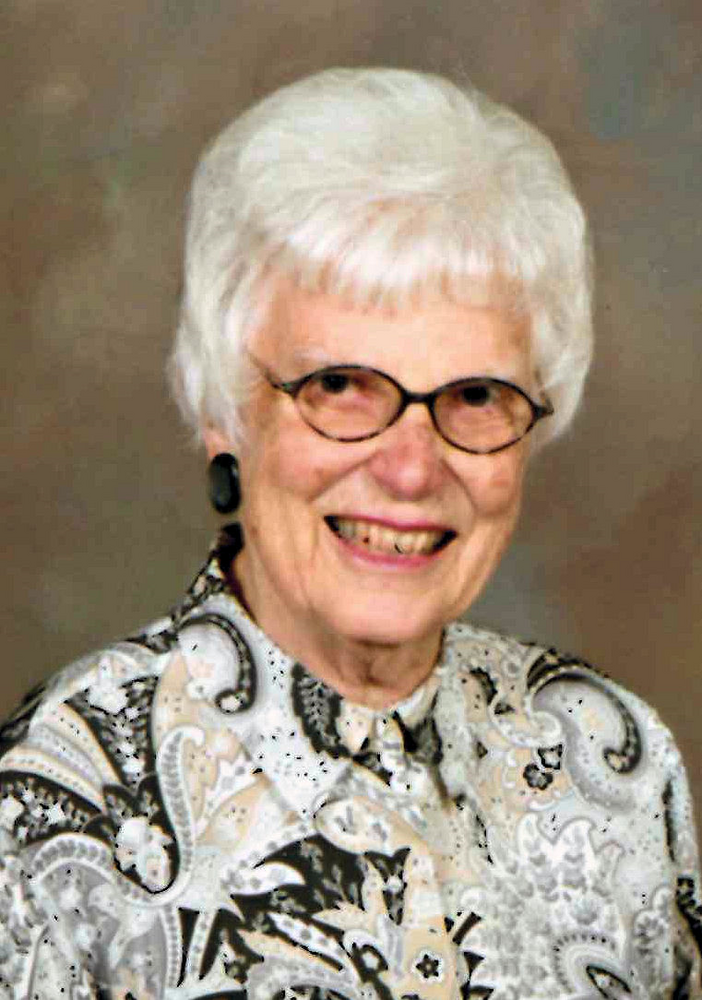 Please share a memory of Nancy to include in a keepsake book for family and friends.
View Tribute Book
Nancy J. Gran Newton Nancy, formerly of Sioux City, Iowa, died Saturday morning, January 22, 2022, at her home at Newton Village. Nancy Joan Gran, 90, the daughter of Verle I. and Olive Lucille (Fisher) Morehead, was born March 12, 1931, in LeMars, Iowa. She was a proud graduate of Sioux City East High School and the University of Northern Iowa. A time of remembrance and celebration will be held at a later date in Sioux City, and the Pence – Reese Funeral Home in Newton has been entrusted with the arrangements. In lieu of flowers, memorials may be designated to St. Mark Lutheran Church in Sioux City or to a charity of your choosing. Burial will be in the Memorial Park Cemetery in Sioux City. She taught 4th grade for several years in Rembrandt, Iowa. On May 29, 1954, Nancy was united in marriage with James R. Gran in Sioux City. Her husband's career allowed them to live in several cities in Iowa before moving to Maquoketa, Iowa in 1966, where they later owned and operated a supper club before retiring to Sioux City in the early 1990's. She devoted her life to her family, and will be greatly missed by those who knew and loved her. She was a member of St. Mark Lutheran Church, Chapter LX PEO and the Round Table Study Club, all in Sioux City. Nancy was preceded in death by her husband, parents and brother. Those left to honor Nancy's memory include her sons: James M. (Mary Margaret) Gran of Newton, William H. Gran of Whitney, Texas and David E. Gran of Dubuque; her five grandchildren and four great-grandchildren; and her many extended family and friends. Online condolences may be left for the family at: www.pencefh.com.
To plant a beautiful memorial tree in memory of Nancy Gran, please visit our Tree Store

Look inside to read what others have shared
Family and friends are coming together online to create a special keepsake. Every memory left on the online obituary will be automatically included in this book.
View Tribute Book
Services for Nancy Gran
There are no events scheduled. You can still show your support by planting a tree in memory of Nancy Gran.
Plant a tree in memory of Nancy

Share Your Memory of
Nancy
Upload Your Memory View All Memories
Be the first to upload a memory!
Share A Memory
Plant a Tree