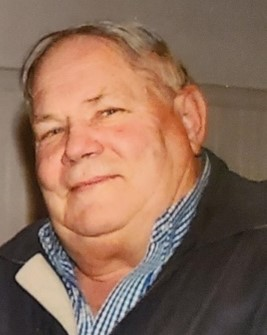 Please share a memory of Walter to include in a keepsake book for family and friends.
View Tribute Book
Walter J. Miller Funeral services for Walter Junior Miller, 84, of Newton, Iowa will be held Saturday, April 10, 2021, 10:30 am, at Pence-Reese Funeral Home in Newton. A visitation with the family present will be held on Friday, April 9, 2021 from 5:00 pm until 7:00 pm. Walter Junior Miller, the son of Walter and Helen Belcher Miller, was born July 9, 1936, in Grinnell, Iowa. His family moved to Prairie City, Iowa where Walter graduated from the Prairie City High School. Following graduation, he worked for the Rock Island Railroad for a time. Walter was united in marriage to Maria "Mary" Elizabeth Verhey on May 15, 1959 in Newton. The wedding plans had to be altered since Walter was drafted in the US Army. He served his country from 1959 to 1961. Walter worked for the Vernon Company in Newton for 40 years as a sign cutter. Walter loved his family and he enjoyed camping and working with toy trains. He served as a Boy Scout Leader for Troop #356. Walter died Wednesday morning April 7, 2021, at his home in Newton. He was preceded in death by his parents, and two brothers and sisters-in-law Glenn and Ramona Miller and Ron and Bonnie Miller. Those left to honor the memory of Walter include his wife Maria "Mary" Miller of Newton, his daughters and sons-in-laws Cindy (Don) Wormley of Newton, Sue (Tim) White of Newton, Lynnette (Jim) Whitson of Newton and Beverly (Rod) Schuring of Newton and his son and daughter-in-law Gene (Maryann) Miller of Newton, 11 grandchildren, 3 step-grandchildren, 12 great-grandchildren and 5 step-great-grandchildren.
To send flowers to the family or plant a tree in memory of Walter Miller, please visit Tribute Store
Friday
9
April

Share Your Memory of
Walter
Upload Your Memory View All Memories
Be the first to upload a memory!
Share A Memory
Send Flowers
Plant a Tree