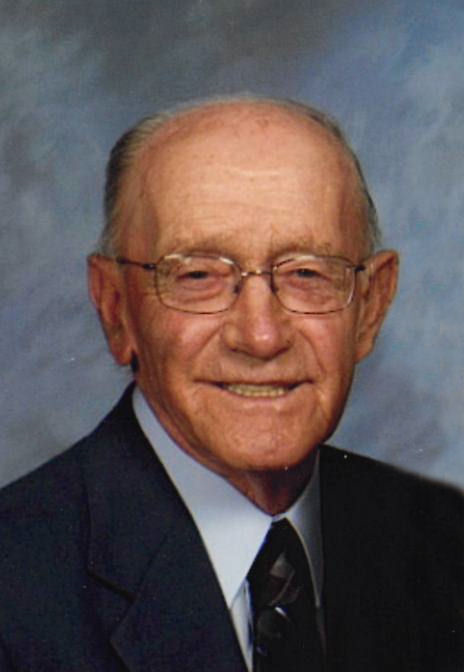 Ralph Van Soelen, the son of Cornelius and Durkie (Rolffs) Van Soelen, was born September 30, 1928, near Sully, Iowa.  He grew up assisting his family on the farm.

On March 2, 1956, Ralph was united in marriage with Bernice Veenstra at the Peoria Christian Reformed Church in Peoria, Iowa.  Ralph loved farming and working the land.  When he was not farming, Ralph enjoyed his time fishing.  He was a longtime member of the Newton Christian Reformed Church.  When Ralph retired from farming, he worked at L & L Countertops with his best friend Lou Lanser.  His love for his children, grandchildren, and great-grandchildren was of the uppermost importance to him, and he will be missed greatly.

Ralph died on Wednesday, March 3, 2021 at MercyOne Medical Center in Des Moines.  He was 92 years old.  Ralph was preceded in death by his parents; his brothers, Peter, Henry, and Clarence Van Soelen; his sisters, Dorothy Arkema, Christina Hoebeke, and Cornelia Arkema and Marie Brandhof.

A Facebook Broadcast of Ralph’s service may be viewed starting at 1:30 p.m. Tuesday, March 9th on the Pence Reese Funeral Home and Cremation Services Facebook page.

Friends may stop in to pay their respects between 8 am and 5 pm Monday at the Pence Reese Funeral Home.

Memorials may be designated in Ralph’s name to the Newton Christian Reformed Church and may be left at the Pence ~ Reese Funeral Home.

To send flowers to the family or plant a tree in memory of Ralph Van Soelen, please visit Tribute Store
Print
Monday
8
March