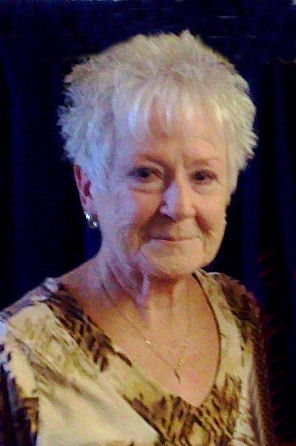 Please share a memory of Susan to include in a keepsake book for family and friends.
View Tribute Book

Susan Jane Wallis, 74, of Colfax, the daughter of Maynard Earl and Violet Loraine (Wallace) Bankes, was born February 9, 1948, at the Still Hospital in Des Moines.  She was a graduate of the Colfax Senior High School, Class of 1968.

On April 30, 1968, Susan was united in marriage to Chester E. Wallis in Lancaster, Missouri.  She was employed as a C.N.A., was a caregiver for her mother and mother-in-law, for many years, and a production worker at Diamond Crystal Specialty Foods in Mitchellville.  She devoted her life to her husband, daughters, grandchildren and great-grandchildren, and was a member of the Colfax Christian Church.

A visitation with the family and celebration of life will be held at 1:30 p.m., Tuesday, January 17, 2023, at Pence~Reese Funeral Home in Newton, with a visitation one hour prior to the services.  Memorials are being designated to Susan’s family.

Those left to honor the memory of Susan’s include her husband Chester; her daughters: Sherri L. Postma of Colfax and Amy (Daryl) Catlett of Newton; her three grandchildren: Shaina, Colton and Taylor; six great-grandchildren: Braden, Emma, Mason, Haisley, Genesis and Harper; sisters: Helen (David) Pratt and Patricia (Larry) Cushatt; a brother Mark (Fran) Banks; and her many extended family and friends.

To send flowers to the family or plant a tree in memory of Susan Wallis, please visit Tribute Store
Print
Tuesday
17
January