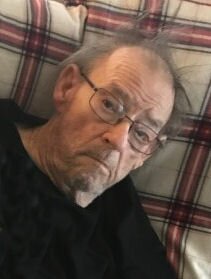 Please share a memory of Lee to include in a keepsake book for family and friends.
View Tribute Book

Lee Gene Talbert, the son of Samuel Talbert Jr. and Lucille Theyerl, was born July 28, 1932 in Fond Du Lac, WI.  Lee was united in marriage to Joanne Kodis on October 20, 1951 in Waukegan, IL.  Lee served his country in the U.S. Air Force from September 1952 until September 1956.  He worked for American Motors in Kenosha, WI, where he met his wife of 70+ years.  He moved to Jasper County, Iowa in 1984 and worked for the Maytag Company until July 1998.

At the age of 90 years, Lee died peacefully at his home in Kellogg, IA on January 1, 2023.  He was preceded in death by his parents, wife Joanne on June 16, 2022, sons Gary Eral Talbert and Lance Regan Talbert, sister Tola Mahoney and brothers David Talbert and Leonard Talbert.

Funeral services for Lee will be held at a later date, and the Pence ~ Reese Funeral Home in Newton, have been entrusted with the arrangements.

To plant a beautiful memorial tree in memory of Lee Talbert, please visit our Tree Store

A Memorial Tree was planted for Lee
We are deeply sorry for your loss ~ the staff at Pence~Reese Funeral Home and Cremation Services
Join in honoring their life - plant a memorial tree
Services for Lee Talbert
There are no events scheduled. You can still show your support by planting a tree in memory of Lee Talbert.
Plant a tree in memory of Lee
Print
Online Memory & Photo Sharing Event
Online Event
About this Event