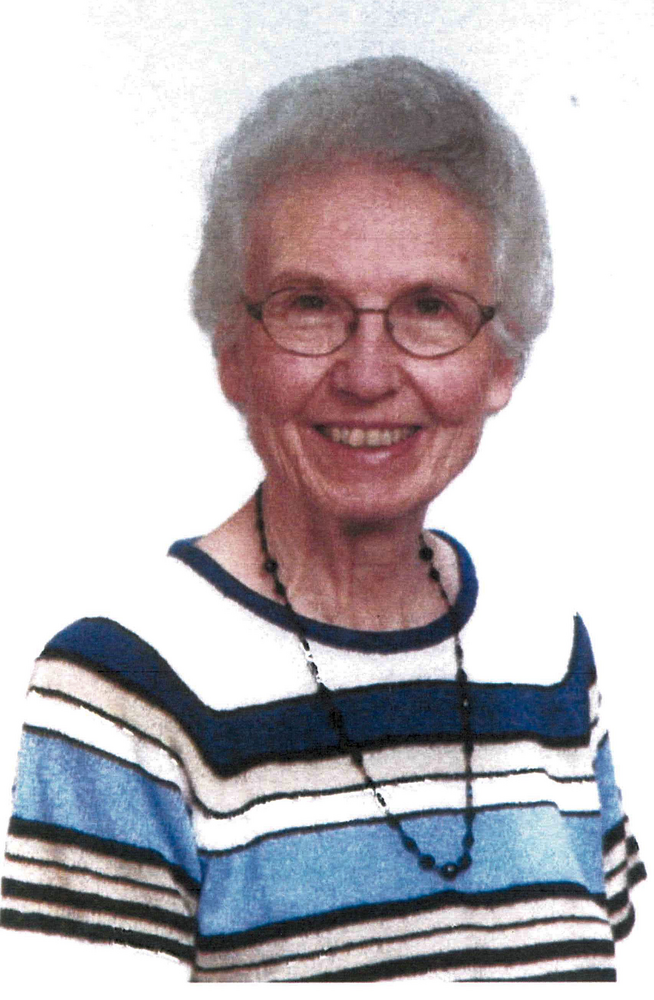 Please share a memory of Betty to include in a keepsake book for family and friends.
View Tribute Book

Betty, of Lincoln, Nebraska, formerly of Newton and Prairie City, Iowa areas, went to be with her Lord on (Saturday morning, December 17, 2022, at her home in Lincoln.

Because of her faith in the Lord Jesus Christ, she is “forever with the Lord” and her loved ones in the Lord.

On June 19, 1953, Betty was united in marriage to Verlin Pulver in Clarksville, while he was stationed at Fort Campbell, KY.  She worked at Acme Boot Factory in Clarksville.  They moved to Verlin’s hometown in Prairie City, IA, where they farmed until the Lord called them into fulltime Christian ministry.  Betty served the Lord many years with her husband Verlin, as his secretary, in pastoral and missionary work with Continental Baptist Missions of Rockford, MI.  She retired in 1995 but continued on in a busy life of service to the Lord as able.  She was a member of Temple Baptist Church in Lincoln.

She was preceded in death by her parents; two children; her husband Verlin on January 4, 1995; three brothers; and three sisters.  Pence ~ Reese Funeral Home in Newton, have been entrusted with the arrangements.   Those left to honor the memory of Betty include her daughter Clarice Evans of Lawson, AR; her son Nathanael Pulver of Lincoln; her grandchildren: Alexis Pulver (Jaime) Jackson of Lincoln and Jordan Pulver; great-grandchildren: Jayden and Addison Jackson; a brother John Black of Dothan, AL; her five sisters-in-law; and a brother-in-law; and her many extended family and friends.

Due to severe weather, the services for Betty have been cancelled.  You may view the memoial service that was held for her at Temple Baptist Church below.  You may click on the Facebook link.in the box below.

To send flowers to the family or plant a tree in memory of Betty Pulver, please visit Tribute Store
Friday
23
December