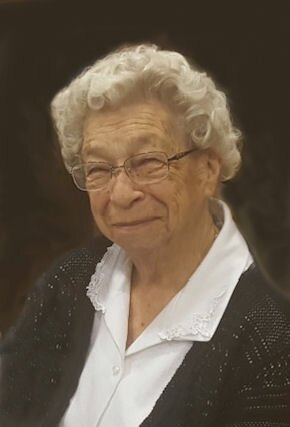 Please share a memory of Wilma to include in a keepsake book for family and friends.
View Tribute Book

Wilma Jeanette Mott, the daughter of Herschel Titus and Mildred Jeannette (Wilcox) Greenwood, was born April 28, 1933, in rural Union, Iowa. Wilma graduated from the Marshalltown Senior High School with the class of 1950.

In March of 1951, Wilma was united in marriage with Robert (Bob) Mott in Marshalltown, Iowa.  In August 1951 Bob was sent to Korea and served there with the US Army for the next two years.  During that time Wilma lived with her parents in Marshalltown and worked at JC Pennys.  After Bob’s return she stayed home for several years to care for the children that came along, Bob Jr, Cindy and Gordon. In 1957 The family moved to Newton. When Wilma returned to work it was for Montgomery Ward.  In the following years she worked as receptionist for a real estate agency, at Jasper County Advertiser and in the office at Skiff Hospital in Newton.  Wilma was a member of the First United Methodist Church in Newton for over 60 years, United Methodist Women, Ladies Sunday School Class, and the American Legion Ladies Auxiliary.  She was an active member for many years of the Wednesday Morning Coffee League at T & M Lanes at the Newton Mall.  Bob and Wilma belonged to NewIJaCo Campers Club for many years and enjoyed camping at many campgrounds around Iowa, often taking the grandchildren.  She helped with her kids activities when they were young including Cindy’s Brownie and Girl Scout troop activities, Bob Jr and Gordon’s Cub Scout and Boy Scout Troop activities, their Sunday School, Bible School and church youth groups.  She enjoyed sewing, knitting, crocheting, reading, jig saw puzzles, and working crosswords.

Wilma died Friday, November 25, 2022, at the Newton Healthcare Center.  She was 89 years old.  Wilma was preceded in death by her parents, her husband, Robert Mott, Sr., her daughter in law Laura Luca and her brother, Darrell Greenwood.

Funeral services will be held 11:00 am, Friday, December 2, 2022, at the First United Methodist Church in Newton.  Visitation with the family will be held from 4:00 – 6:00 pm, Thursday December 1 at the church.  Memorials may be designated to the First United Methodist Church or Willowbrook Adult Daycare and may be left at the church or at Pence Reese Funeral Home.

To send flowers to the family or plant a tree in memory of Wilma Mott, please visit Tribute Store
Print
Thursday
1
December