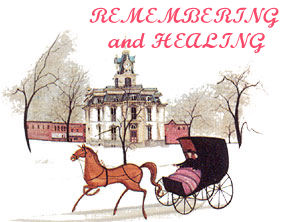 Please share a memory of Kathryn to include in a keepsake book for family and friends.
View Tribute Book

A time of memory, sharing and visitation will be held later by Pence ~ Reese Funeral Home in Newton.  In lieu of flowers, memorials may be designated to Katheryn’s family, or to a charity of your choosing.  Burial will be in the Newton Memorial Park Cemetery.

On December 11, 1937, Katheryn was united in marriage with Knute M. Troen in Unionville, Missouri.  To the union two children were born, David and Penny.  She devoted her life to her husband and family.  She was a member First Lutheran Church in Newton.  She enjoyed  being outdoors, her flowers and gardens.

She was preceded in death by her parents; the love of her life husband Knute on Aug. 17, 1983; her daughter and son-in-law: Penny and Dean Snow; and her ten brothers and sisters.

Those left to honor Katheryn’s memory include her son David (Alicia) Troen; her three grandchildren; and her many extended family and friends.

To plant a beautiful memorial tree in memory of Kathryn Troen-Young, please visit our Tree Store

Look inside to read what others have shared
Family and friends are coming together online to create a special keepsake. Every memory left on the online obituary will be automatically included in this book.
View Tribute Book
Services for Kathryn Troen-Young
There are no events scheduled. You can still show your support by planting a tree in memory of Kathryn Troen-Young.
Plant a tree in memory of Kathryn