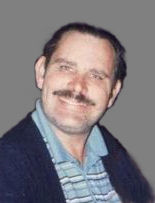 Please share a memory of James to include in a keepsake book for family and friends.
View Tribute Book
James "Jim" Allen Brain, the son of Allen James and Ruby Amanda (Lust) Brain, was born December 27, 1944, in Newton, Iowa. He graduated from the Newton Senior High School with the Class of 1963. In 1974, Jim was united in marriage with Linda Hawbaker. Jim worked as a furniture upholster and built computers out of his home. Jim enjoyed computers, remote control airplanes and his time in the Black Powder Gun Club. Jim died on Monday, November 7, 2022, at MercyOne Medical Center in Des Moines. He was 77 years old. Jim was preceded in death by his parents. Those left to honor Jim's memory include his wife, Linda; his daughters, Patty Retzloff and Kathy Ambrose; his sons, Chris (Shelly) Brain and Anthony Brain; his nine grandchildren; twelve great grandchildren; and his brother, William Brain. No public services are planned. Pence ~ Reese Funeral Home has been entrusted with the arrangements.
To plant a beautiful memorial tree in memory of James Brain, please visit our Tree Store

A Memorial Tree was planted for James
We are deeply sorry for your loss ~ the staff at Pence~Reese Funeral Home and Cremation Services
Join in honoring their life - plant a memorial tree
Services for James Brain
There are no events scheduled. You can still show your support by planting a tree in memory of James Brain.
Plant a tree in memory of James
Print
Online Memory & Photo Sharing Event
Online Event
About this Event