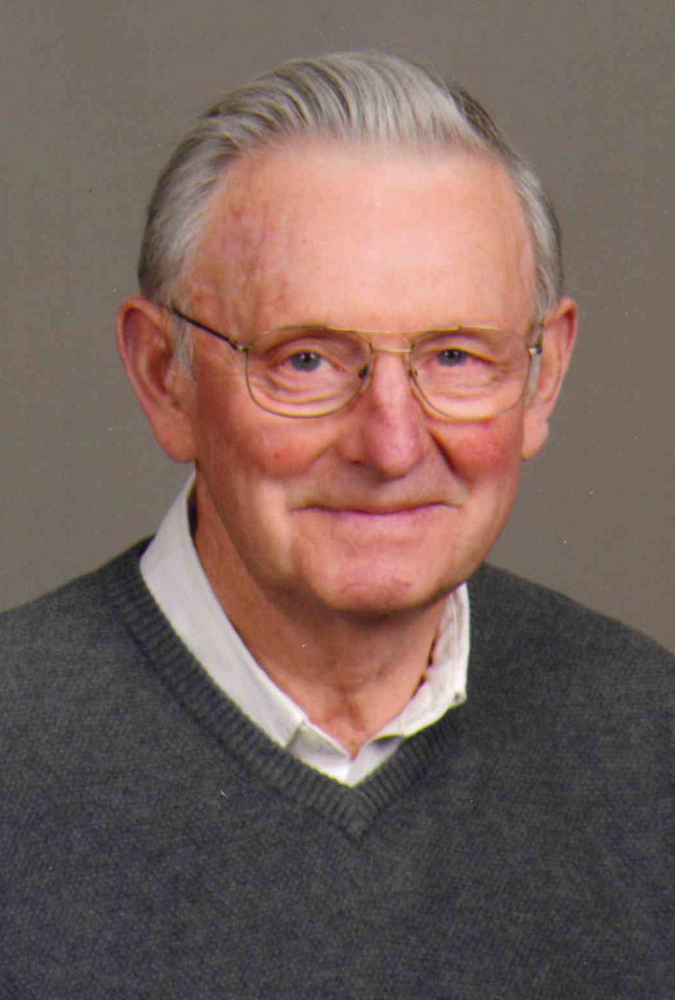 Larry Dean Buchholz of Newton, IA, formerly of Traer, IA, passed away peacefully at his home on November 3, 2022.

Larry was born December 8, 1939, in rural Bremer County, IA to Edwin and Irma (Buhr) Buchholz.  He received his education at Frederika Douglas No. 5 Country School through 8th grade and graduated with the Class of 1958 from Tripoli High School.

the U.S.S. Midway Aircraft Carrier for two of those years. Upon returning home, he worked for various farmers in the Tripoli and Fredericka areas and then at Oliver Corporation in Charles City.

On June 24, 1967, Larry married Joyce Elaine Dinsdale. They enjoyed 55 years together and raised their three children. The couple’s first home was near Charles City. They were members of First Christian Church and were baptized together there as believers. In 1975, they began farming in the Traer area and he later worked at Kirk Gross Company in Waterloo for nearly 20 years. Larry’s love for the Lord led him to serve in several roles at Amity Presbyterian Church, and he was a faithful member of the Saturday morning Men’s Bible Study in Traer for many years. In Newton, he looked forward to the men’s Bible studies at Community Heights Alliance and missed attending them when his health would no longer allow.

Larry had a joyful yet calming presence.  Working hard to support his family, he lovingly, carefully and intentionally taught his children and grandchildren by example. It was so important to him to include them in his work and play. Each one of them felt they had a special place in his heart. He shared his Christian faith by how he lived and was highly respected for his quiet leadership. A supervisor once said about him, “He always had a good attitude, seldom was without a smile and never missed the opportunity to say hello to people. He never cared about titles and status.”  Larry felt everyone was special. His ever-present smile and great attitude was a living example to those around him. As Parkinson’s Disease progressed, he faced the challenges with faith, courage, and even laughter.

Cards can be sent to Pence~Reese Funeral Home (Newton) as they are handling arrangements. Memorials can be directed to “Community Heights Alliance Church Men’s Ministry.”

To send flowers to the family or plant a tree in memory of Larry Buchholz, please visit Tribute Store
Print
Tuesday
22
November