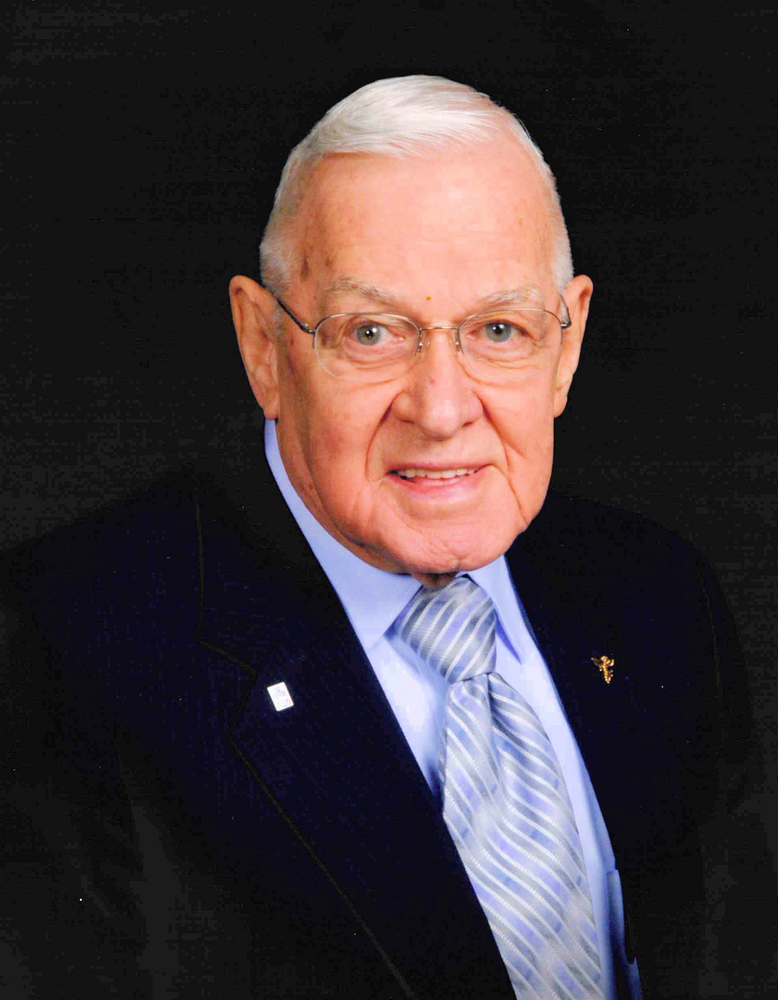 Please share a memory of Marvin to include in a keepsake book for family and friends.
View Tribute Book

Rev. Dr. Marvin Duane Potter, 91, the son of Forrest Devilla and Elsie Irene (Wilson) Potter, was born March 4, 1931, near Princeville-Edelstein, Peoria County, Illinois.  He was a graduate of Dunlap, IL, High School, Class of 1948.  In 1953, he received his Bachelor of Science in Education from Western Illinois Univ., in 1957, he received a Master of Divinity Degree from Dubuque Theological Seminary and was ordained to the Christian Ministry of the Presbyterian Church (U.S.A.) on June 23, 1957.

On August 3, 1957, Marvin was united in marriage with Margery May Pollitt in Prairie City, Illinois.  To this union three children were given: Kevin, Sharri and Vicki.  In June 1981, he received a Doctor of Ministry Degree from McCormick Theological Seminary.  Over the years he had served several churches and in different preaching capacities.  In Minnesota for 18 & half years, Newton United Presbyterian Church, for nine years, Fort Madison Church, 10 & half years and Interim pastor at the Monroe Church, 11 months.  In 1996, Marvin retired from the full time ministry, and moved back to Newton.  He served as Interim Pastor at Union Park Presbyterian Church, 15 months, was part time Interim and state supply pastor at Colfax, January 1, 1998, where he supervised a student preacher at the Colfax church.  Marvin was involved in the Fellowship of Christian Athletes and with local prison ministries.  He was in Rotary Club in three different communities and past president of the Fort Madison Rotary Club, 1991 – 1992, and conducted worship ministry, when called to do so, since retirement.

Marvin died on Thursday evening, October 13, 2022, at his home at Park Centre in Newton.  He was preceded in death by his parents; his brothers: Byron (Karen), David (Nancy) and Russell; his sisters: Hazel (Lee) Fritz and Fern (Loy) Ralph; brother-in-law Meloyd Jacobson; sister-in-law Opal Londo; a niece Lori Henderson; and a nephew Keith Jacobson.  He had devoted his life to his family and friends.

Funeral services for Marvin will be 2:00 p.m., Friday, October 21, 2022, at the Pence ~ Reese Funeral Home in Newton, with a visitation one hour prior to the services.  In lieu of flowers, memorials may be designated to Marvin’s family, (and will be given to local prison ministries) or to a charity of your choosing.

A Facebook Broadcast of the Funeral service for Marvin will be held at 2:00 p.m., Friday, on the Pence ~ Reese Funeral Home and Cremation Services Facebook page.

Those left to honor Marvin’s memory include his wife Margery of Newton; his children: Kevin (Karene) Potter, Sharri (Donovan) Huyser and Vicki (Dennis)Gardner; his eight grandchildren and eleven great-grandchildren (with three on the way); his brothers: Everett Potter and Floyd (Mary Jo) Potter; several nieces and nephews, of which two nieces (Joretta and Theresa) were raised by Margery and Marvin; and his many extended family and friends.

To send flowers to the family or plant a tree in memory of Marvin Potter, please visit Tribute Store
Friday
21
October