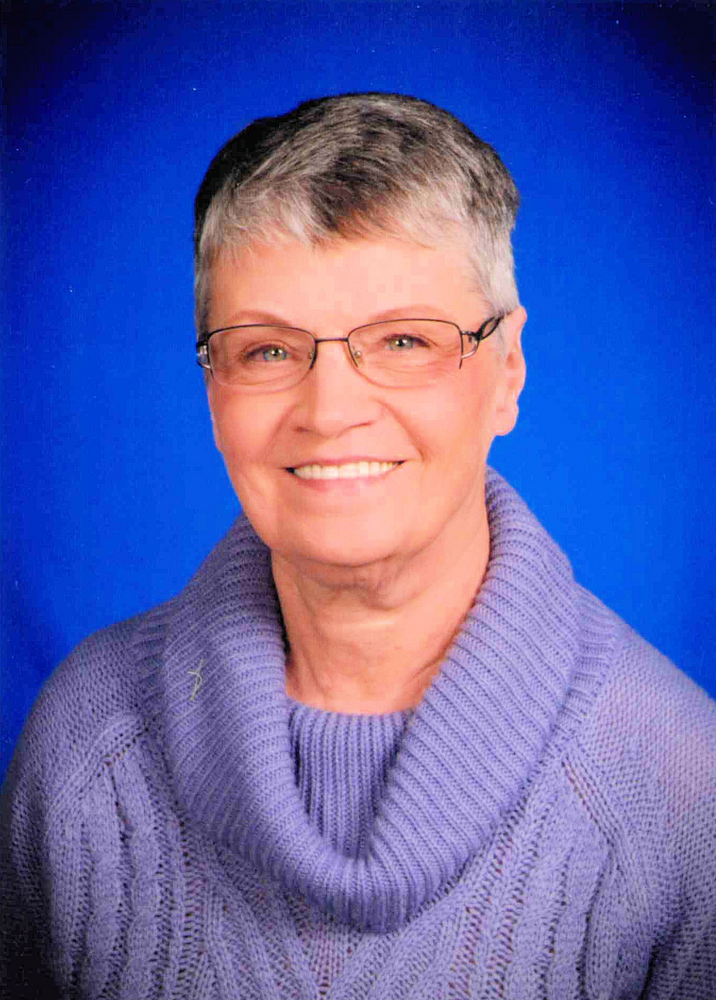 Please share a memory of Mary to include in a keepsake book for family and friends.
View Tribute Book

Mary Lee Murphy was born the daughter of John and Bernice (Johnson) Roupe on June 9, 1945 in Tacoma, Washington near the end of WWII while her dad was serving in the Air Force.  She was born with just one arm.  After the war, they moved home to Eldora, Iowa.  Soon after the move, Mary’s dad contracted polio and lived at the Des Moines VA Hospital on an iron lung.  Mary and her younger brother moved in with their paternal grandparents.  She had no one to teach her how to do things one handed.  She was determined to do things herself.  With success comes confidence.  She hated people wanting to do things for her.  She learned to say no and how to control situations to her benefit.

Following graduation from Eldora High School in 1963, she and a friend moved to Des Moines, Iowa.  On her third day she got a job at Preferred Risk.  She worked in insurance until her retirement from Nationwide at the age of 63.  At age 20, she married Dan Johnson and they moved to Cedar Rapids, Iowa.  She had a daughter Julie while living in Cedar Rapids.  Dan and Mary divorced in 1974.

Mary married Mike Murphy on November 11, 1978 at the Little Brown Church in Nashua, Iowa.  They celebrated 44 years together.  She retired from Nationwide in January 2008 as the Director of Underwriting. Mary died on Tuesday, September 13, 2022, at her home in Urbandale.

A graveside service will be held Wednesday, September 28, 2022, at 1:00 p.m. at Slagel Cemetery in rural Newton, Iowa.  The family wants to invite everyone to Sunday service at Farrar United Methodist Church, 11180 NE 134th Avenue, Maxwell, Iowa, 50161, on October 2, 2022, at 8:30 a.m.  The Men’s Prayer Group will host a brunch following the service. Memorials to Farrar United Methodist Church.

Online condolences may be left at: www.pencefh.com.

To send flowers to the family or plant a tree in memory of Mary Murphy, please visit Tribute Store
Print
Wednesday
28
September