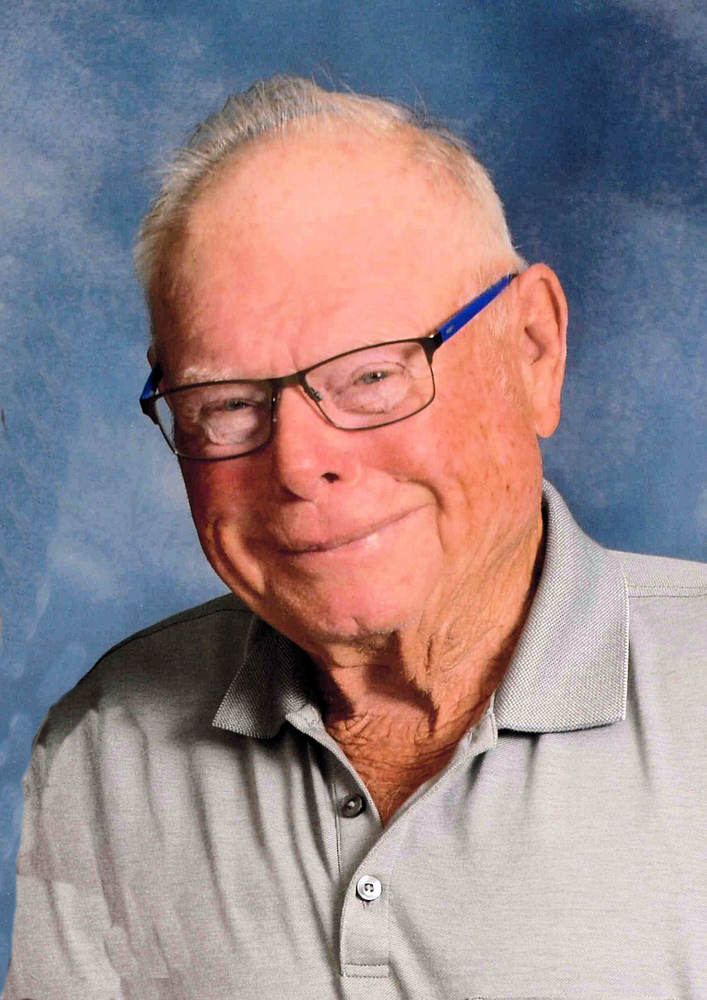 John Maurice Nearmyer, 86, of rural Reasnor, the son of Forrest Ross and Sylvia Isabelle (Montgomery) Nearmyer, was born May 2, 1936, in Metz, Iowa.  He attended several country schools until the fourth grade, graduating from the Monroe Senior High, Class of 1954.  He was active in sports, playing football all four years of high school.  He then served his country in the Army National Guard Jan. 12, 1954, until Jan. 31, 1963, as a Sargent First Class (E-5).

On June 7, 1957, John was united in marriage to Beverly Aalbers, his high school sweetheart, at the Trinity Reformed Church in Pella.  Shortly after high school, he had joined his father in farming.  Together they raised three children: Cynthia, Lana and Steven.  John enjoyed sharing his home life with Beverly for 65 years.  He loved tinkering around the homestead, wintering in Apache Junction and Mesa, AZ, where he loved to go Jeeping in the desert with friends.  He was an active member of the Monroe First Baptist Church, and went on several Iowa tractor rides throughout the state.

Those left to honor his memory include his wife Beverly; three children, six grandchildren and nine great-grandchildren: John’s daughter Cynthia Nearmyer of Monroe, her children Caleb Burns of Monroe, Kristina and James Oesch of Benton, Ark.; John’s daughter Lana and Jeff Lewis of Ankeny; their children: Nola and Cody Morris of Des Moines and their son Hap, Dereck and Jenny Lewis of Polk City, their children Marlo, Gwen and Ruby; John’s son Steve and Jenny (Wilson) Nearmyer of Monroe, their children: Kaylee and Eric Siebrecht of Colfax, their children Jace, Eden and Sayla; Kelsey and Brian Adams of Prairie City, their children Garrett and Regan; his brother-in-law Dennis Weiler of Mesa, AZ; sisters-in-law: Marilyn Ahrens of Des Moines and Shirley Hartman of Sioux City; several nieces and nephews; and his many extended family and friends.

A visitation with the family will be 5pm until 7pm, Wednesday, September 14, 2022, at Pence~Reese Funeral Home in Newton.  Memorials are being designated to the Monroe Baptist Church, Reasnor Ambulance Service and Pella Comfort House.  A celebration of life service will be held 10:30am, Thursday, Sept. 15, 2022, at the Monroe First Baptist Church, with the burial in the Monroe Silent City Cemetery.

A Facebook Broadcast of the Memorial Funeral service for John will be held at 10:30am, Thursday, September 15, 2022, on the Pence ~ Reese Funeral Home and Cremation Services Facebook page.

To send flowers to the family or plant a tree in memory of John Nearmyer, please visit Tribute Store
Wednesday
14
September