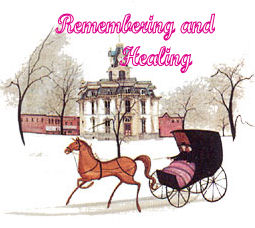 Obituary of Dean I. Sill

Please share a memory of Dean to include in a keepsake book for family and friends.
View Tribute Book

Dean I. Sill, the son of William Roy and Henrietta (Gertsma) Sille, was born February 2, 1933, in Jasper County, Iowa, west of Monroe.  He was graduated from the Monroe Senior High School with the class of 1951.  After graduation, Dean joined the US Navy and served during the Korean Conflict from 1951 until 1955.

In 1961, Dean was united in marriage with Winona E. Hammons.  To this union three children were born: Rodger, Verlyn and Ellen.  He and Winona lived on their acreage southeast of Monroe (where their children grew up), from the spring of 1963 until the autumn of 2003.  He was employed by the Maytag Corporation, retiring in 1985 as an Industrial Electrician.

Dean died on Sunday afternoon, July 24, 2022, at his retirement home at Newton Village.

He was preceded in death by his parents and his wife Winona.  No services are planned for Dean at this time.  The Pence ~ Reese Funeral Home in Newton, have been entrusted with the arrangements.

Those left to honor Dean’s memory include his children: Rodger (Cheryl) Sill, Verlyn (Tracy) Sill and Ellen Pieper; his eight grandchildren and one great-grandchild; and his many friends.

To plant a beautiful memorial tree in memory of Dean Sill, please visit our Tree Store

Look inside to read what others have shared
Family and friends are coming together online to create a special keepsake. Every memory left on the online obituary will be automatically included in this book.
View Tribute Book
Services for Dean Sill
There are no events scheduled. You can still show your support by planting a tree in memory of Dean Sill.
Plant a tree in memory of Dean

Share Your Memory of
Dean
Upload Your Memory View All Memories
Be the first to upload a memory!
Share A Memory
Plant a Tree