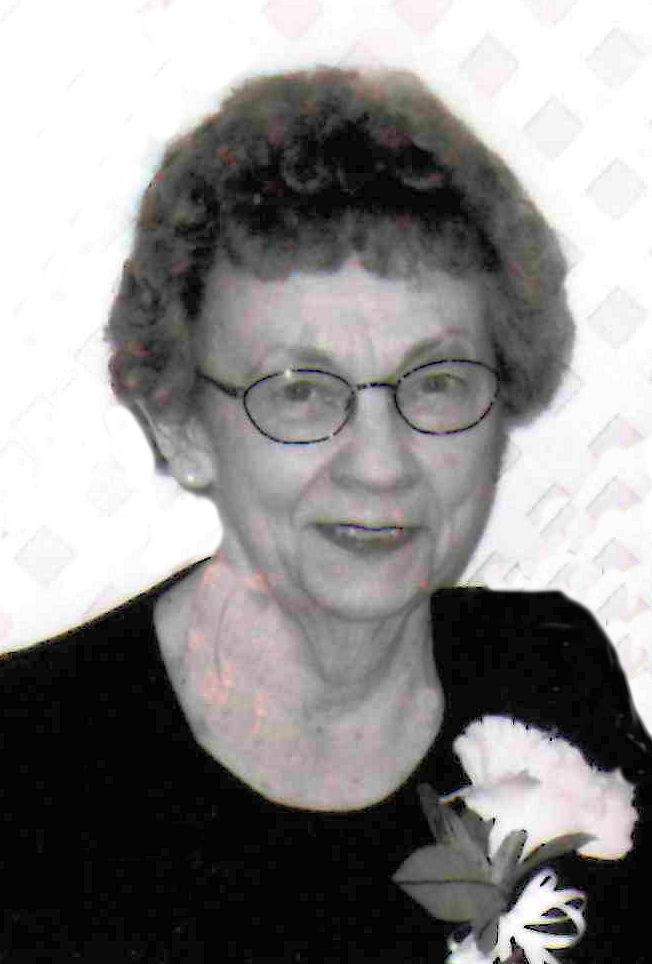 Ramona Marie Swanson, 91, the daughter of Claude Rossman Battles and Helen Gladys Runyan, was born in Mitchellville, Iowa on February 1, 1931.  She graduated from Farrar High School with the Class of 1948.  On August 12, 1948, Ramona was united in marriage to Fred Swanson in Cumberland, Maryland.  Ramona did retail work in women’s fashion for Fashionette and Leuthold’s for 40 years.

Ramona was a devoted wife, mother and grandmother.  She loved to travel with Fred to watch the boys play baseball.  She was also a very doting grandmother.

Ramona entered into her eternal home on June 17, 2022, at Park Centre in Newton, Iowa.  She was preceded by her parents, step-father Louis Teslik, husband Fred Swanson on June 23, 2012; her daughter-in-law Lenette Swanson; and her brother Royal Junior Battles.

To send flowers to the family or plant a tree in memory of Ramona Swanson, please visit Tribute Store
Print
Thursday
23
June