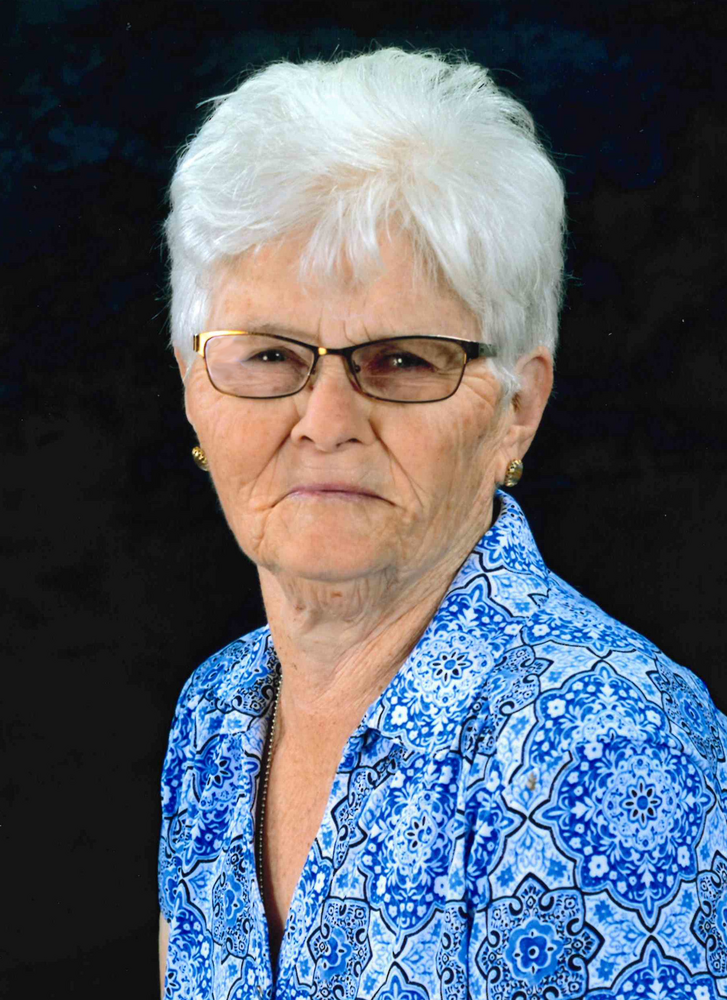 Please share a memory of Hazel to include in a keepsake book for family and friends.
View Tribute Book

Hazel Caroline Maxwell, the daughter of Thomas L. and Hazel M. (Couch) Dawson, was born August 11, 1936, in Colfax, Iowa. On February 5, 1954, Caroline was united in marriage with James Ralph Maxwell.

Caroline dedicated her life to her husband, family and community. She worked as a cook for the Mingo public school system for over twenty-six years.

Caroline was a member of the Ira Christian Church; she had attended Ashton Chapel since she was married. She was also a member of Order of the Eastern Star Chapter 303; American Legion Post #534 Mingo, Iowa. Caroline enjoyed cooking, quilting, sewing, gardening, fishing, attending the athletic activities of her grandchildren and great grandchildren, attending Cowboy Church and family vacations to Long Lake, Minnesota.

Funeral services will be held 10:30 a.m. Friday, April 29, 2022, at Pence ~ Reese Funeral Home in Newton. A Facebook Live Broadcast will begin at 10:30 am Friday on the Pence Reese Funeral Home and Cremation Services Facebook page. The family will greet friends from 4:00 until 6:00 pm Thursday evening at the funeral home. Memorials may be designated to Camp Sunnyside, Ashton Chapel Cemetery or Union Chapel Cemetery and may be left at the funeral home.

To send flowers to the family or plant a tree in memory of Hazel Maxwell, please visit Tribute Store
Print
Thursday
28
April