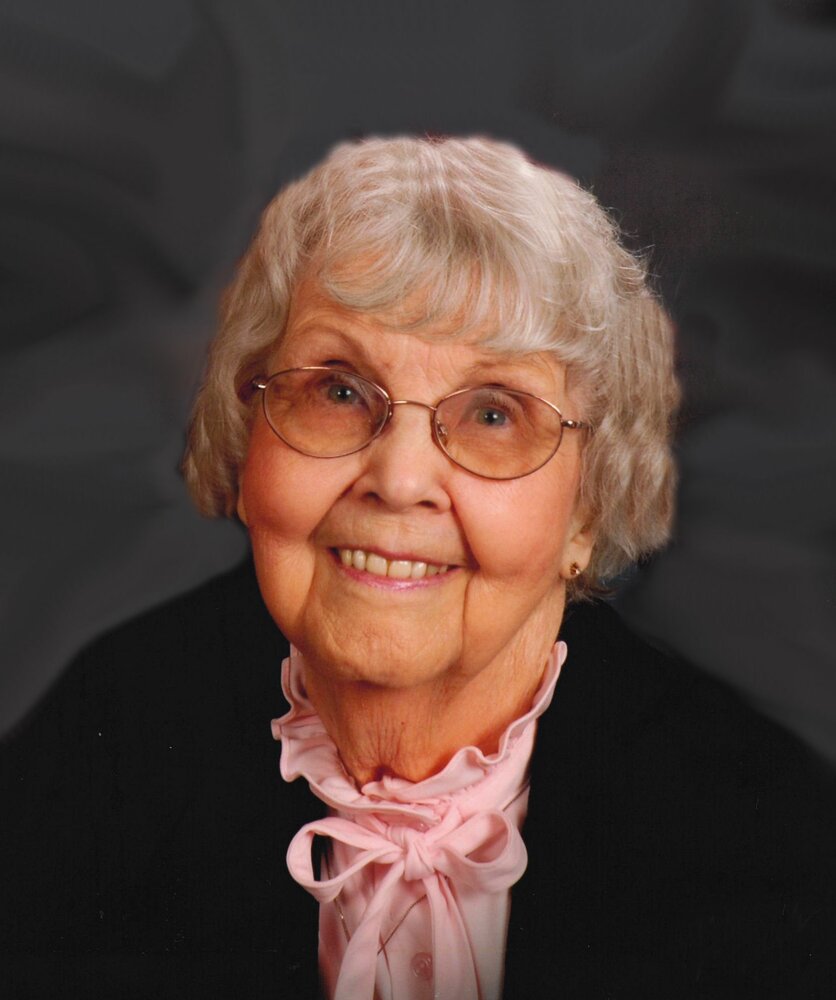 Dorothy Ellen Hallam, daughter of Carrol L. and Gladys E. Kline Morrow, was born February 14, 1926 and graduated from Newton High School in 1944. She married Roscoe W. "Rocky" Hallam on June 1, 1947. Dorothy and Rocky lived in Des Moines after they were first married, where she enjoyed working at department stores in downtown Des Moines and as a part-time secretary within the state government. She was later employed as a secretary by the Parsons Co. and the Newton Community School District. Many were influenced by Dorothy's kindness during her quarter-century as secretary at Emerson Hough School, where she knew nearly every student by name and, no matter how busy she was, always found the time to listen. Others will remember her for active involvement in the life of her church, First Christian, where she served in roles ranging from Deaconess to Deacon, as Financial Secretary, assisting with Sunday School and Vacation Bible School, and attending two national conferences. All will remember her as a dear and loyal friend. In fact, her kindness towards others carried through her entire life. She especially loved baking and decorating treats for co-workers, Emerson Hough students, neighbors, and friends. Although she slowed down over the years, she never let age override her joy in seeing others smile. She would get bored at times so, at the age of 80, became a member of a knitting club and spent countless hours over the next 15 years knitting baby blankets for Skiff Hospital and knitting sweaters, scarves, and gloves to be donated to children in need. During her eighties and nineties Dorothy also became Mom to Trent Eilander, who befriended her when he was only six years old. She was later happy to welcome him into her home after which she came to refer to him as her second son. In her spare time, she enjoyed reading Western novels faster than the authors could write them, tweaking her various recipes for cakes and cookies, watching sports, the Hallmark Channel, and reruns from the 1970s and 1980s on MeTV. Dorothy Hallam died March 11, 2022 at Mercy Hospital in Des Moines at age 96. She was preceded in death by her parents, husband Rocky, infant daughter Darla, brothers-in-law Archie and Bill, her sister-in-law Marjorie, and several dear friends including Beverly, Jackie, and Mary. She is survived by her son Mark of Newton, Trenton Eilander of Newton, sister-in-law Connie Hallam of Sun City, Ariz., one nephew, three nieces, and many cousins and friends. A Celebration of Life will be Saturday, April 23. The funeral will be at 11:00 AM with Lunch, family visitation, and fellowship following at 12:00 noon. All whose lives she touched are welcome at the First Christian Church (Disciples of Christ) in Newton. Memorials may be left in her name to the First Christian Church.

To send flowers to the family or plant a tree in memory of Dorothy Hallam, please visit Tribute Store
Saturday
23
April

Visitation and Lunch with the family

Share Your Memory of
Dorothy
Upload Your Memory View All Memories
Be the first to upload a memory!
Share A Memory
Send Flowers
Plant a Tree