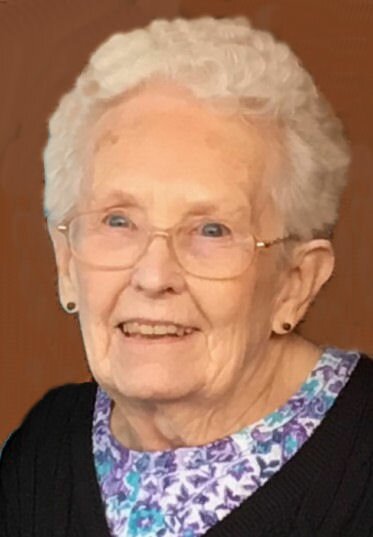 Obituary of Cecilia May Ringgenberg

Please share a memory of Cecilia to include in a keepsake book for family and friends.
View Tribute Book

Cecilia May Ringgenberg, 91, passed from this life on February 15, 2022. Cecilia was born June
16, 1930 in Jasper County, Iowa to Verl and Florence (Rabenau) Johnson. She graduated from
Newton High School in 1948 and married Norman Richard Ringgenberg June 27, 1948. She and
Norman were married 67 years before his unexpected death in 2015. Five children were born
to this union.
Cecilia was employed most of her adult life, first at The Vernon Company and then at Newton
Manufacturing Company until her retirement. She was an avid gardener, raising and preserving
much of the food for the family. She was an active member of Metz Community Church, Sugar
Grove Grange and greatly enjoyed attending the Bar None Cowboy Church in Newton.
Although Newton was her primary home, after retirement and selling their acreage she and
Norman lived near Baxter, Iowa. For many years during the summer, they were fee attendants
at Red Rock Lake near Pella, Iowa and wintered in Apache Junction, Arizona. They permanently
moved back to Newton in 2006.
Cecilia always enjoyed sewing and crafting. Her beautiful counted cross-stitch Christmas
stockings which she made for each of her grand and great grandchildren will be treasured. She
played the piano and organ and had a lovely soprano voice. Family members have fond
memories of she and her sister, Helen, who sang alto, singing together at the piano. Other
hobbies of Cecilia’s included playing dominoes with her friends, Catherine and Kate, putting
together large puzzles, solving word puzzles and Bingo.
Cecilia was preceded in death by her parents; husband, Norman; son, Mike; and sister Helen,
who passed just one day before her; stepfather, Willard Ferguson and sister-in-law, Edie
Johnson. Those left to honor her memory will remember her as a strong, hard-working woman.
They include her daughter, Linda (Norman) Waukee, Iowa; sons David (Jeannine), Newton,
Iowa; Dan, Leadville, Colorado; Jeff (Stewart), San Francisco, California; her brother Jesse
Johnson, Ratcliff, Arkansas; nine grandchildren, eleven great grandchildren; and several nieces
and nephews; and many friends.
Celebration of life service for Cecilia will be held Wednesday, March 2, 2022 at Pence-Reece
Funeral Home in Newton with visitation at 9:30 and service at 10:30. Interment will follow at
Sugar Grove Cemetery in rural Newton. In lieu of flowers memorials may be designated to
Cecilia’s family, in her name.

To send flowers to the family or plant a tree in memory of Cecilia Ringgenberg, please visit Tribute Store
Print
Wednesday
2
March