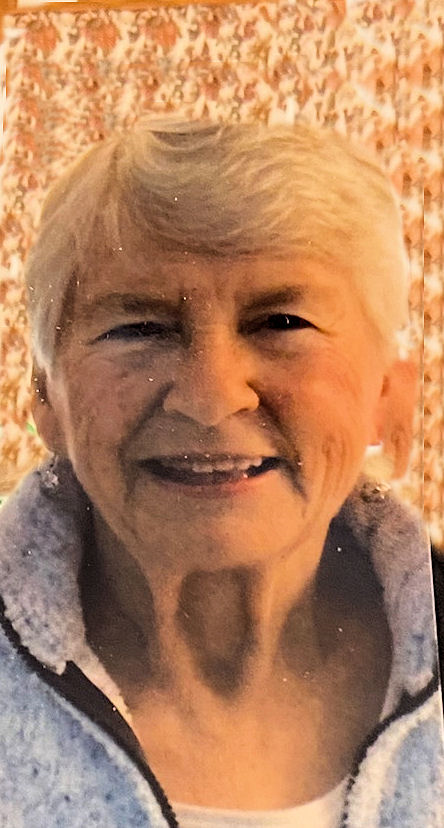 Please share a memory of Virginia to include in a keepsake book for family and friends.
View Tribute Book
Virginia Joan Aldridge, 90, the daughter of Ben E. and Minnie Marie (Becker) Langford, was born April 9, 1931, near Russell, Iowa. Joan was a graduate of Cambria High School, class of 1948. On October 26, 1974 Joan was united in marriage with David Aldridge at the United Presbyterian Church in Newton. They spent 37 loving years together until his death in 2011. Joan worked in the art department at the Vernon Company for 37 years. She devoted her life to her family. Joan was a member of the First Presbyterian Church in Newton. She enjoyed working in her yard. Joan passed away Sunday morning, February 6, 2022 at her home at Park Centre in Newton. A time of remembrance and the celebration of life services for Virginia will be held in early summer at the Pence-Reece Funeral Home in Newton. Burial will be in the Newton Union Cemetery. Joan was preceded in death by her parents, her husband David, her sister and two brothers. Those left to honor Joan's memory include her daughters Patricia (Charles) Usborne of Ashburn, VA and Sandra Sheppard of Augusta, GA. Her stepsons and a stepdaughter: David Aldridge of Philipi, WVA; Michael Aldridge (Karla) of Newton; Debra Aldridge of Naples, FL. Her brother Bill Langford (Bea) of Roland Heights, CA. Her seven grandchildren: Kelly Bruce of Eureka, CA; Laura Shade (Edward) of Aurora, CO; Brian Gardner (Cyndi) of Suwanee, GA; Aaron Snook of CA; Chelsea Allen (Justin) of Fredericksburg, VA; Cortney (Clint) Henry of Newton; Brit Aldridge of Aurora, CO. and eleven great-grandchildren and her many extended family and friends. . In lieu of flowers, memorials may be designated to Virginia's family, or to a charity of your choosing. A Facebook Broadcast of the Memorial Funeral service for Virginia will be on the Pence ~ Reese Funeral Home and Cremation Services Facebook page, at that time.
To send flowers to the family or plant a tree in memory of Virginia Aldridge, please visit Tribute Store
Saturday
4
June

Share Your Memory of
Virginia
Upload Your Memory View All Memories
Be the first to upload a memory!
Share A Memory
Send Flowers
Plant a Tree