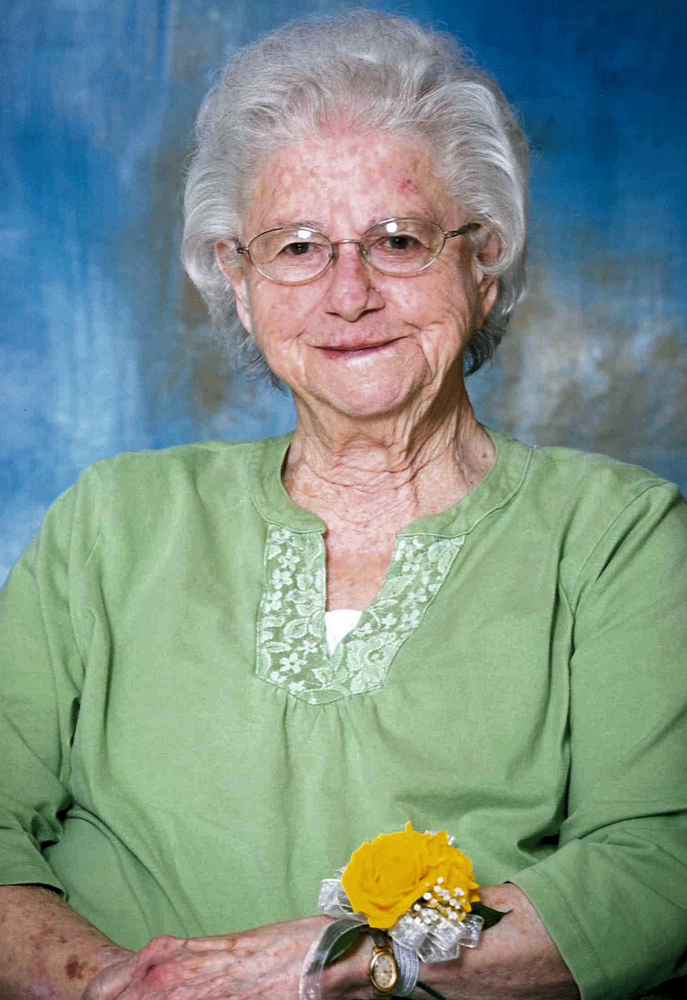 Please share a memory of Doris to include in a keepsake book for family and friends.
View Tribute Book

Doris Henrietta Flanagan, the daughter of Peter Perry, Jr. and Hazel Clarice (Howard) Doud, was born December 29, 1927, in Grinnell, Iowa.  She graduated from the Grinnell Senior High School with the class of 1946.  Doris received her Normal Teaching Certificate and taught country school at Rock Creek Township #2 for two years.

On November 1, 1952, Doris was united in marriage with Gerald Edwin Flanagan in Grinnell, Iowa by the same minister who married her parents and her brother.  They lived in Newton, Iowa as Gerald worked for the Maytag Company.  In 1956, Doris and Gerald moved to Kellogg, Iowa. Doris began working for Midwest Manufacturing (Smith & Jones) in 1958 and retired in 1989.  Doris lived in Kellogg until 2016 and moved to the Iowa Veteran’s Home in Marshalltown in 2017.  Doris enjoyed bluegrass music, NASCAR and Dale Earhart, Jr., day trips with J&H Travel, country music, and George Strait, baking zucchini bread, sugar cookies and spending time with her family.

Doris died on Friday, January 28, 2022, at the Iowa Veteran’s Home in Marshalltown, Iowa.  She was 94 years old.  Doris was preceded in death by her parents; her husband of 55 years, Gerald; her son, Guy “Bill” Doud; a son-in-law, Harold Plate; her siblings, Virgil Doud, Wilma Foster, Dorothy Olson and Arlene Deppe.

To send flowers to the family or plant a tree in memory of Doris Flanagan, please visit Tribute Store
Print
Thursday
3
February