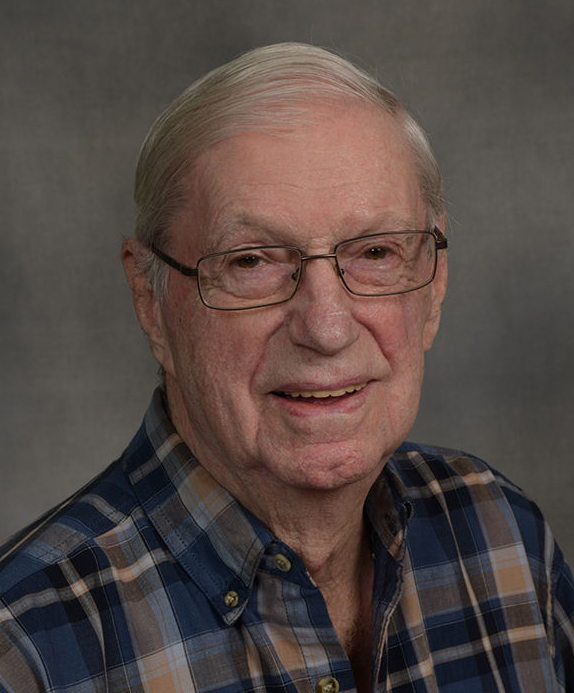 Robert J. “Bob” Hammons, the son of Raymond and Zola (Butler) Hammons, was born June 16, 1935, in Dunnegan, Missouri.  Bob grew up in Dunnegan, spending many of his days helping his father in their family-owned grocery store.   Bob graduated from Fairplay High School.   At age 17 he moved to Newton, IA and started working for the Maytag Company shortly after moving to town.  Maytag is where he would work in Security for 32 years; retiring in 1985.   Bob was united in marriage with Patricia Greer in Newton, Iowa in 1979.

In Bob’s younger years he enjoyed traveling and fishing.  He loved watching sports. He was an avid Iowa Hawkeye fan and always cheered for the Midwest football teams.   Bob was an excellent storyteller and loved to sit and reminisce about “the old days”.  Classic country music and “old timey” TV shows were his favorite.    He was an onery jokester and loved to make you laugh.  He was very particular and detail oriented, which was evident in everything he did. He took pride in his yard and always kept a clean vehicle.  Bob didn’t know a stranger and was always up for a good chat.  Bob and Pat would venture out daily for a car ride to see what’s going on around town and enjoyed dining out.

Bob died peacefully at home on Monday, January 24, 2022, after a short, courageous battle with cancer.  He was 86 years old.  Bob was preceded in death by his parents, and his son, Randy Hammons.

Those left to honor Bob’s memory include his wife, Patricia Hammons; his daughters, Cindy Hammons Balmer of Newton, IA and Sharon Hammons of Oskaloosa, IA; his four grandchildren and his five great grandchildren.

To send flowers to the family or plant a tree in memory of Robert Hammons, please visit Tribute Store
Print
Thursday
27
January