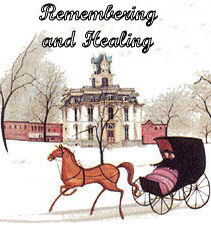 Please share a memory of Gweneth to include in a keepsake book for family and friends.
View Tribute Book
Gweneth "Gwen" Purdum Newton Gwen Chloe Purdum, 89, of Newton, passed away Saturday morning, November 13, 2021, at her home in Newton. Gwen, the daughter of Ned Malcom and Dorothy Chloe (Swarts) Purdum, was born October 10, 1932, in Unionville, Iowa. She was a graduate of the Moulton Senior High School, Class of 1950. Services and burial for Gwen will be at a later date, in Unionville. The Pence ~ Reese Funeral Home in Newton, have been entrusted with the arrangements. In lieu of flowers, memorials may be designated to the Newton Salvation Army or to a charity of your choosing. Gwen was employed by Winpower and Newton Manufacturing, both in Newton. She devoted her life to her family and enjoyed her grandchildren and exploring spirituality with her close friends. In the past she had attended the First United Methodist Church in Unionville. Gwen was preceded in death by her parents; and her brothers: Gordon and Gale Purdum. Those left to honor Gwen's memory include her sons: Greg Christy and Curt (Cristy) Christy; her daughter Melinda (Gary) VanVeen; her eight grandchildren: Nathaniel (Eugenie) Christy, Jennifer (Frank) Martens, Anna (Luke) Urie, Maria Christy, Ramsey (Kathryn) VanVeen, Candace Chloe (Brandon) Medved, Fletcher (Allison) Christy, Ian (Madison) Christy; her seven great-grandchildren; her sisters and brothers: Gerald Purdum, Greta Ogden, Gereda Bolin, Gloria Purdum and Gayland Purdum; her two good friends: Marilyn (Jim) Humke and Clarice Sigurdson; and her many extended family and friends
To send flowers to the family or plant a tree in memory of Gweneth Purdum, please visit Tribute Store

Share Your Memory of
Gweneth
Upload Your Memory View All Memories
Be the first to upload a memory!
Share A Memory
Send Flowers
Plant a Tree