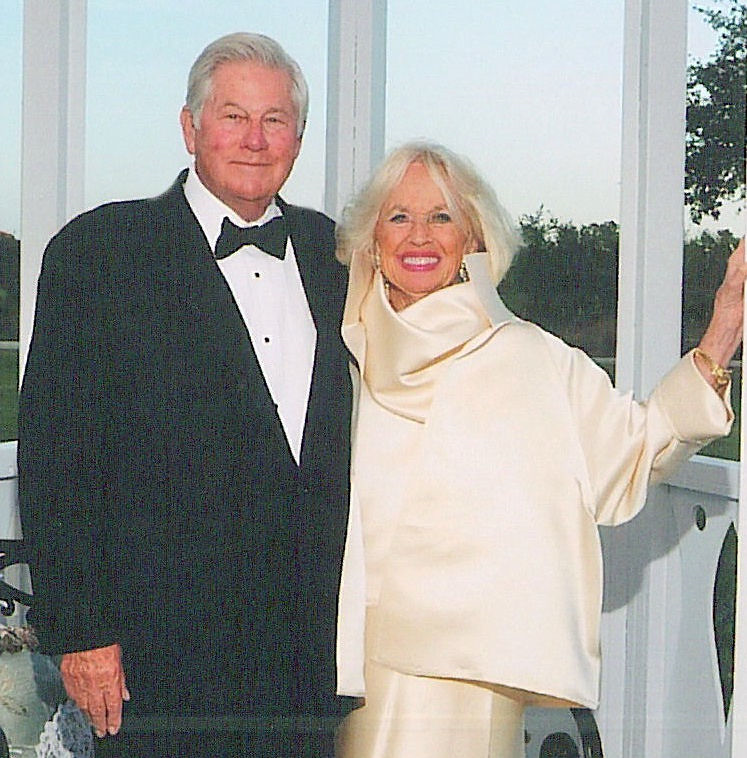 Please share a memory of Marilyn to include in a keepsake book for family and friends.
View Tribute Book
Marilyn M. Vernon Marilyn Mathieson Vernon of Newton, Iowa and Naples, Florida peacefully passed away on June 13 at 88 years of age. Marilyn was born on February 8, 1933, in Kansas City, MO. She graduated from Roosevelt High School in Des Moines, Bradford College in Haverill, MA and Northwestern University in Evanston, IL. On December 26, 1954, she married William F. Vernon, Jr. at Central Presbyterian Church in Des Moines. In addition to being a mother of four, Marilyn was actively involved in many civic organizations. She was a Past State Vice Chair and Jasper County Chair for The National Foundation of The March of Dimes. She served on the United Nations State Board for Iowa. She served as President to The Women's Association of Specialty Advertising Association International based in Dallas, TX and The Des Moines Ballet Board of Directors. Marilyn was appointed to the board of The National Epilepsy Foundation of America. She was active in P.E.O. and served as an Iowa State Representative and President of P.E.O. Chapter HM. Marilyn volunteered with a steadfast commitment to behind-the-scenes work to benefit and strengthen her chosen organizations. Marilyn's great love of the opera led her to serve as the President of the Board of Directors and later as a life board member for The Des Moines Metro Opera. Some of Marilyn's most memorable evenings were spent having box-dinners, enjoying the opera in Indianola with family and friends. These events were the social buzz of Central Iowa during the 1970s-90s. Marilyn served on the Iowa Arts Council Board for the State of Iowa in the 1990s. She was also distinguished as a Lifetime Trustee at Simpson College in Indianola, IA. Marilyn also served on the Iowa Arts Council Board and The Des Moines Zoo Board. Marilyn will be remembered for her spirited enthusiasm with every project she touched. She had incredible energy and zest for life, never ceasing to surprise and amaze people. As a mother, Marilyn loved pulling small practical jokes on close friends/family, giving fun unusual gifts and thrived on contagious laughter. Marilyn left a mark on the world that few will duplicate. She was a great believer in the underdog and in giving second chances. Over the years, she employed several individuals who had been recently incarcerated thus giving them a new opportunity for a different future. She also privately covered expenses for multiple young women's college educations when they didn't have the ability to pay the costs of a higher education. She was a copious note writer, sending thousands of letters to many friends over the years. No one's handwriting was quite like Marilyn's - flamboyant and colorful much like her personality. No one ever forgot that Marilyn was present in a room full of dozens or even hundreds of guests. She was the life of every party moving gracefully from guest-to-guest reconnecting with old friends and making new friendships. Marilyn was a traditional Midwesterner with a flair for high style and exotic adventure. During their 65-year marriage, she and Bill traveled all over the world (70+ countries) as they grew their family and 4th generation family business. She raised her four children to think big and to look at the world through many different lenses. She told her children to explore far and wide and to learn about the wonders of this big world - but never forget your Iowa roots. She kept a proper home and packed a full social calendar for six decades. Marilyn loved fancy dress clothes, Jaguars and elegant galas but she also took great care of the disadvantaged - without ever seeking recognition. She was fiercely loyal to her close friends and for decades championed support of the Arts and education organizations in Iowa and beyond. Marilyn had an edge to her personality too - a sharp one as some will undoubtedly recall. She would tell you point blank if she disagreed with you (even if the timing wasn't right by civilized standards). Some family and close friends remarked that when Marilyn was born, our heavenly Father definitely broke the mold! As Marilyn's dementia worsened in recent years, the letters of encouragement stopped coming. Her family and friends will deeply miss the special correspondence and fine social touches of her era. Marilyn is now with her husband Bill dancing in Heaven, surrounded by the loving arms of God. Music filled the room when Marilyn left this world to join Bill… the sounds of Mack the Knife by Bobby Darin ("their song") playing softly. Marilyn is survived by her children: Rick Vernon (Des Moines), Chris (Denise) Vernon (Urbandale, IA), Cameron (Kristin) Vernon (Carmel, CA), and her daughter, Stephanie (Marshall) Critchfield (Sewall's Point, FL); her grandchildren; Bill Vernon IV (Newton, IA), Alex Vernon (Houston, TX), Madison Vernon (Carmel, CA), Maxwell Vernon (Ankeny, IA), Whitney Critchfield and Jane Hadley Critchfield (Sewall's Point, FL); her sister Paula Duncan (Des Moines, IA); her nephews; Jed (Jane) Duncan (Norwalk, CT), Scott (Missy) Duncan (Wheaton, IL); Marilyn is preceded in death by her parents: Arthur P. and Lucy Mathieson; and her husband William F. Vernon (Bill) in December of 2020. The Pence ~ Reese Funeral Home in Newton, IA, have been entrusted with the arrangements. The family requests no flowers or gifts. Memorials may be made on her behalf to The Des Moines Metro Opera or Simpson College. A celebration of Marilyn's and Bill's lives will occur in Des Moines on October 3.
To send flowers to the family or plant a tree in memory of Marilyn Vernon, please visit Tribute Store
Sunday
3
October