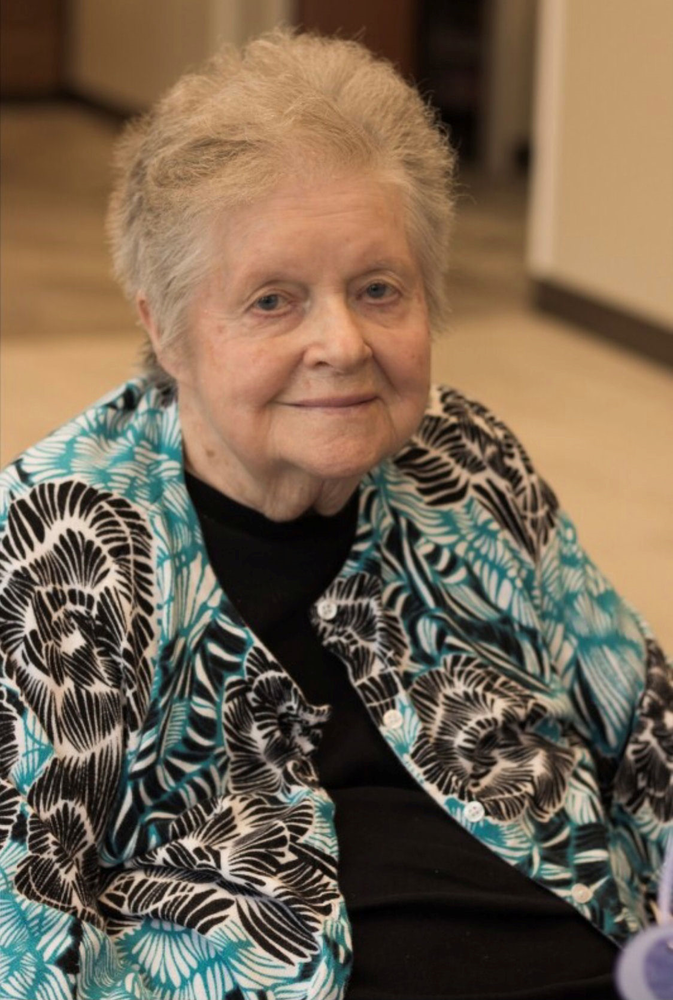 Please share a memory of Norma to include in a keepsake book for family and friends.
View Tribute Book

Norma J. Rose, the daughter of Stanley C. and A. Mozelle (Foreman) Eldred, was born August 28, 1927, in Newton, Iowa.  She graduated from Newton Senior High School with the class of 1945.  Norma then worked for the City of Newton for six years.

On May 6, 1951, Norma was united in marriage with Paul Leonard Rose in Newton.  Norma worked for Iowa Southern Utilities until she and Paul purchased the Newton Tastee-Freez in 1955 which they operated for 52 years.  Norma devoted her life to her family.  She was a member of the First United Methodist Church, United Methodist Women and Martha Circle, Beta Sigma Phi Sorority, the American Legion Ladies Auxiliary, 40-8 La Femmes, and the V.F.W. Ladies Auxiliary.  She was a member of the Tastee-Freez bowling team.  Norma enjoyed playing cards and bingo, attending leisure suit conventions, traveling to Tastee-Freez conventions in Florida, New Orleans, Las Vegas, Bahamas, Acapulco, Mexico City, and Atlantic City.  She also enjoyed visiting relatives in Arizona, and she loved spending time with her grand kids.

Those left to honor Norma’s memory include her daughters: Paula, and her husband, Doug Schmidt of Ankeny and Patti, and her husband, Jon Madison of Ankeny; her five grandchildren: Brandon Schmidt, Nick Schmidt, Shelby (Steven) Young, Jacob Madison and Garret Madison; her great grandson, Rowan Young; her brother, Bob Eldred.

Funeral services for Norma will be 11:00 a.m. Friday, May 28th at the Pence ~ Reese Funeral Home in Newton, Iowa.  The family will greet friends prior to the service from 10:00 a.m. until 11:00 a.m.  A Facebook Live Broadcast will begin at 11:00 a.m. on the Pence Reese Funeral Home & Cremation Services Facebook page.  In lieu of flowers, memorials may be designated to the First United Methodist Church or in Norma’s name with checks made payable to Paula Schmidt and may be left at the funeral home.

To send flowers to the family or plant a tree in memory of Norma Rose, please visit Tribute Store
Print
Friday
28
May