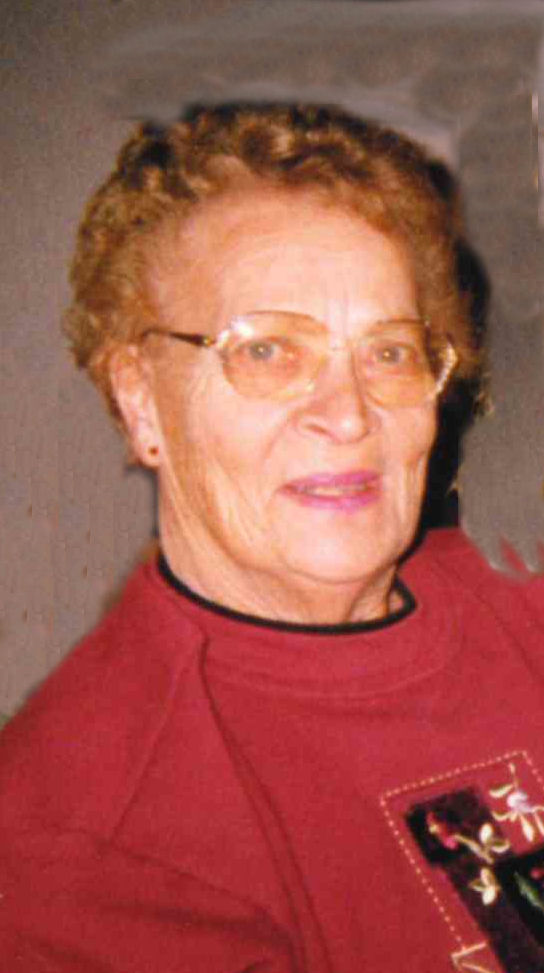 Please share a memory of Eunice to include in a keepsake book for family and friends.
View Tribute Book

On July 4, 1954, Eunice was united in marriage with Larry Gene Stubbe in Baxter.  She had devoted her life to her husband and family.  She was employed by the Newton Daily News, Bangs Appeal, Forbes & Newell, and the Maytag Dairy Farm.  She was a member of the Congregational United Church of Christ in Baxter, volunteered at the Isaak Walton League and also Goodwill for over 12 years.  She was an avid Iowa State, Dallas Cowboys and St. Louis Cardinals fan and never missed a ball game if she could help it.  Her joy in life was spending time with her kids, grandkids, a good card game and feeding her squirrels and chipmunks.

She was preceded in death by her parents; her husband Larry on November 9, 1996; her son-in-law Russ Pyle (2020); her eight sisters: Ruth, Esther, June, Helen, Martha Marie, Wanda, Elise and Mary Wilma; and her eight brothers-in-law.

Those left to honor Eunice’s memory include her son Stephen D. Stubbe of Newton; her daughter Brenda J. Pyle of Baxter; her grandchildren: Jamie Pfantz (Rick) and Josh Stubbe; her great-grandchildren: Clair, Austin, & Carli Pfantz and Layne Stubbe; her nieces and nephews; and many friends.

A Celebration of Life Services for Eunice, will be 1:00 p.m., Wednesday, April 28, 2021, at the Pence ~ Reese Funeral Home in Newton. Friends may call after 12:00 p.m. noon, at the funeral home, an hour prior to the services. {Due to state and federal guidance on gatherings, due to the COVID-19 pandemic, facemasks are encouraged at the services.}

A Facebook Broadcast of the Funeral service for Eunice will be held at 1 p.m., on the Pence ~ Reese Funeral Home and Cremation Services Facebook page.

Online condolences may be left for the family at: www.pencefh.com.

To send flowers to the family or plant a tree in memory of Eunice Stubbe, please visit Tribute Store
Wednesday
28
April