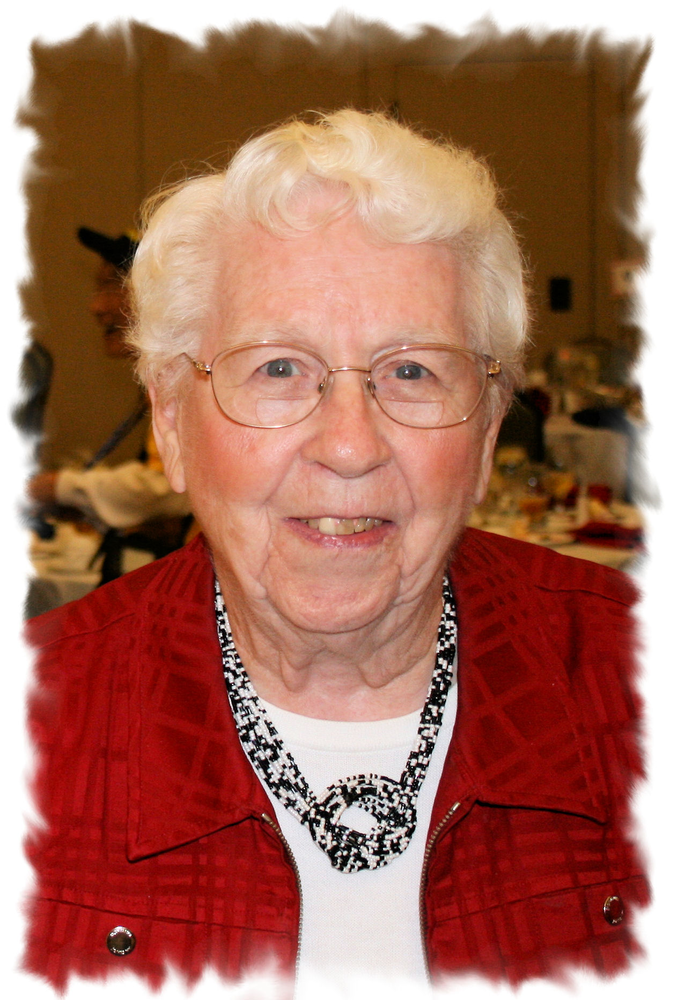 Please share a memory of Mary to include in a keepsake book for family and friends.
View Tribute Book
Mary Louise (Sullivan) Fulkerson, 92, of Madrid, Iowa, (formally of Newton, Iowa), died on April 20, 2021. Mary was the daughter of Johnny Orval and Metta Gladys (McEldowney) Sullivan. She was born on December 7, 1928, in Floris, Iowa. Mary was the seventh of the twelve total Sullivan children. She grew up in Bloomfield, where she graduated from high school. Mary was united in marriage to Donald Ray Fulkerson on September 18, 1949, in Ridgeway, Missouri. To this union was born a son Douglas Ray in 1961, and a daughter Marta in 1966. Mary worked at the Maytag company in the accounting department until 1961. She then had an in-home daycare, where she touched many lives. All the children & their families were then considered to be her extended family. She retired from childcare in 1990. Don and Mary liked to camp, where they traveled to Arizona, California & Texas in their motorhomes. They also had numerous trips to Missouri to visit family and friends. Mary enjoyed spending time with her family. She loved to go to her grandsons' activities while they were in school. She loved listening to the ISU basketball games and the St. Louis Cardinals baseball games on her radio. She and her grandsons would have long conversations about the games and players. Most will remember Mary as a great cook, crafter & quilter. She made numerous Log Cabin quilts for family and friends, which she lovingly hand quilted. After her stroke in 2014, she was a resident at the Madrid Home where she continued to sew. She then made over 1000 small block quilts while at the Madrid Home. Mary is survived by her daughter and son-in-law, Marta and Todd Poots of Huxley, Iowa; three grandsons: Preston (Mark) Poots-Jacobsen, Matthew Poots (fiancé Marissa Breider), and Clayton Poots (Grace Nelson); a sister Judy (Charles) McMains; and numerous nieces and nephews. She was preceded in death by her husband – Don (2010), her son Doug (2020), her parents, three brothers, and seven sisters. A visitation will be held from 5:00-6:00 p.m. with a memorial service following at 6:00 p.m. on Monday, April 26, 2021 at Pence Reese Funeral Homes, Newton, Iowa. {Due to state and federal guidance on gatherings, due to the COVID-19 pandemic, facemasks are encouraged.} A Facebook Live broadcast of the services at 6 p.m., may be viewed at the Pence~Reese Funeral Home Facebook page. Burial will be at The Edinberg, Missouri Cemetery at a later date. Memorials are being designated to the Newton Christmas Courthouse Lighting and Fjeldberg Lutheran Church, Huxley, Iowa.
To send flowers to the family or plant a tree in memory of Mary Fulkerson, please visit Tribute Store
Print
Monday
26
April