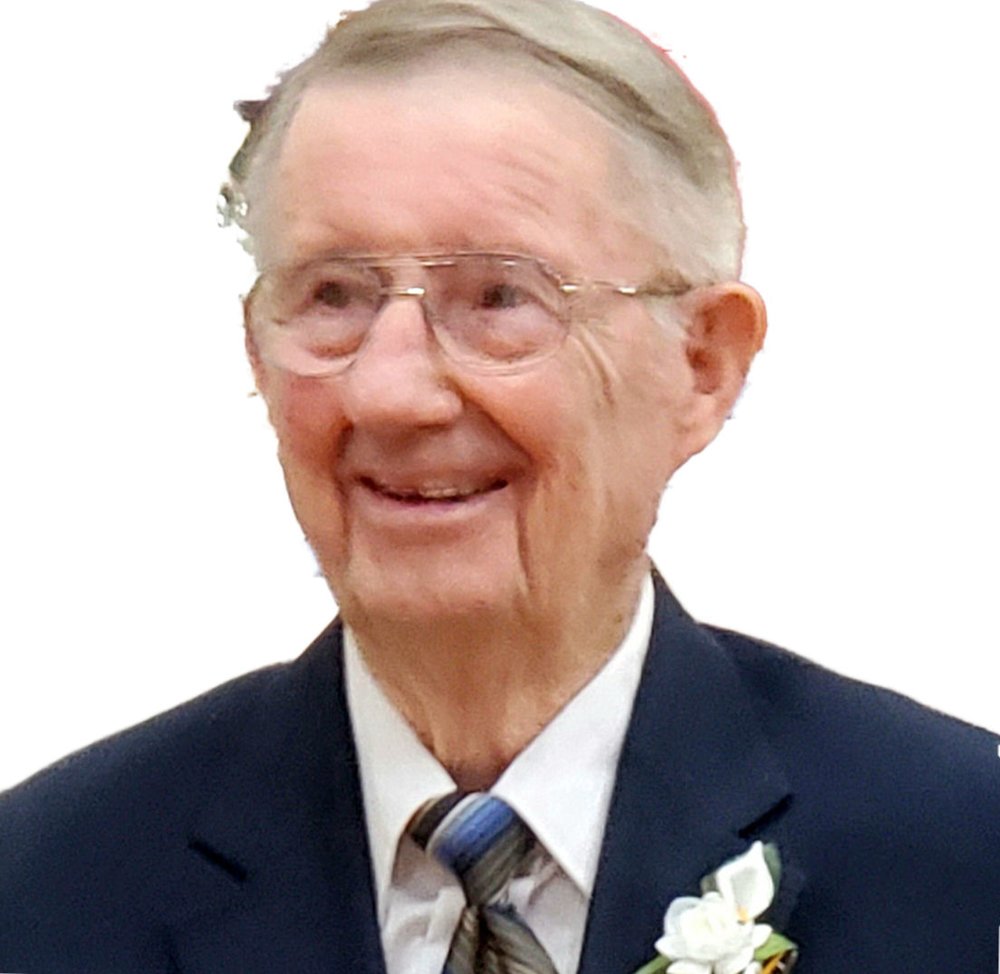 Please share a memory of James to include in a keepsake book for family and friends.
View Tribute Book

James J. Blasey, 88, passed away Thursday morning, January 21, 2021, at MercyOne Des Moines Medical Center. A Private Family Visitation and Funeral Mass for James will be Tuesday, January 26, 2021, at Sacred Heart Catholic Church in Newton and facemasks are required. The Pence ~ Reese Funeral Home in Newton, have been entrusted with the arrangements. In lieu of flowers, memorials may be designated to James' family, or to a charity of your choosing. A Facebook Live broadcast of the services on Tuesday, January 26, 2021, at 11:30a.m., may be viewed at the Pence-Reese Funeral Home Facebook page.

James Joseph Blasey, the son of Durl Delos and Ethel Mae (Anderson) Blasey, was born December 31, 1932, on a farm near Twin Lakes, Iowa. He was a graduate of the Manson, Iowa Senior High, Class of 1951. Jim had served his country during the Korean Conflict, with the US Airforce, as a tail gunner in a B-29.

On September 25, 1956, Jim was united in marriage with Jennie Mary Nicholson in Rockwell City. After marriage they moved to Seattle where he worked at Boeing, followed by a move to Wichita, Kansas where he also worked in the aircraft industry. They then moved back to Iowa where he became a hog buyer. This is where he found his calling. He later attended classes in business management at Iowa Central. For several years he managed three different hog confinements in Iowa and Nebraska, where they became Nebraska Cornhusker fans. In 1985, they purchased their acreage at Rockwell City where he enjoyed raising hogs. They moved to Newton, Iowa in the summer of 2016. He had devoted his life to his family and was a member of St. Francis of Assisi Catholic Church in Rockwell City and Sacred Heart in Newton. He was a craftsman, and his passion was working with wood.

James was preceded in death by his parents; and his four brothers: Robert, Donald, Dennis and David Blasey.

To send flowers to the family or plant a tree in memory of James Blasey, please visit Tribute Store
Tuesday
26
January