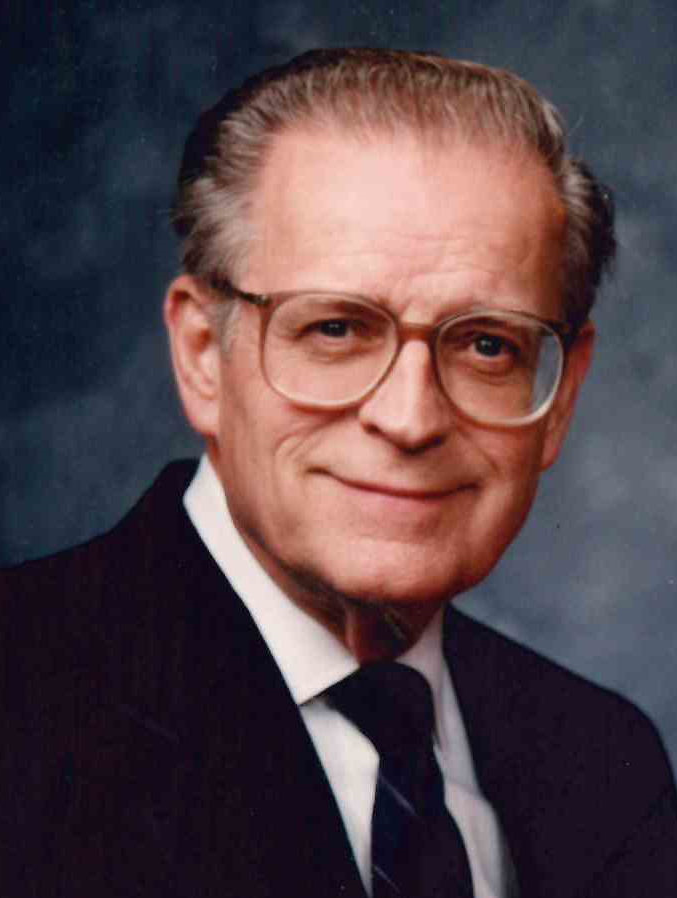 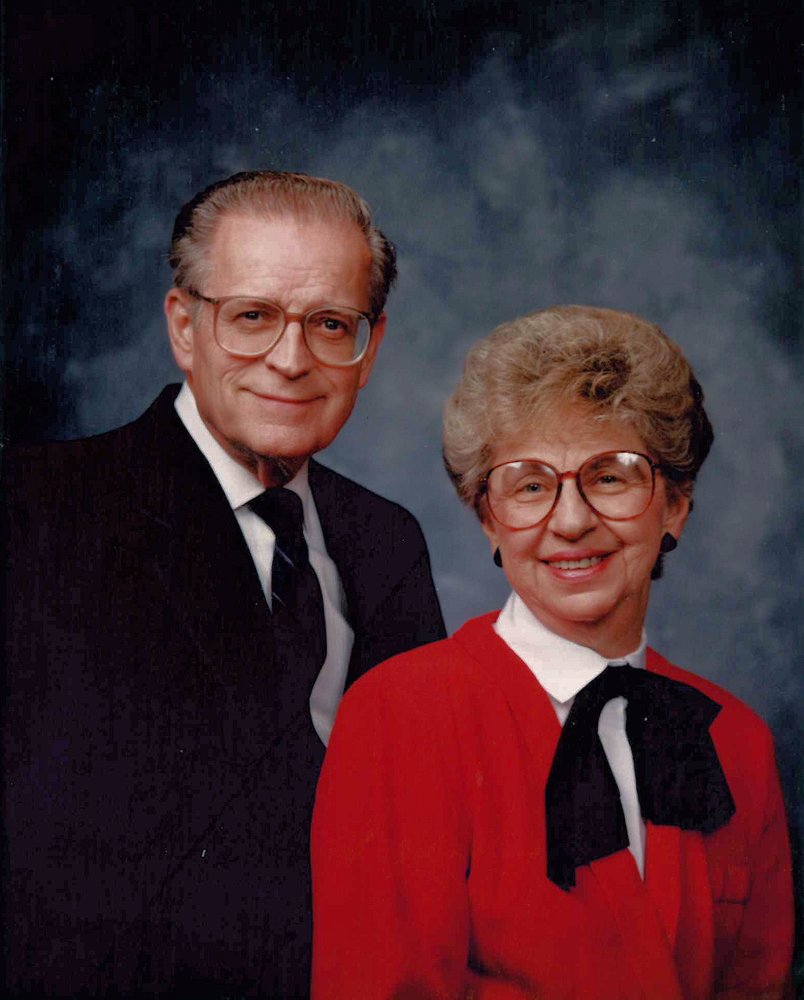 Dean Morris Ward, 95, entered the arms of Jesus on Sunday, January 10, 2021, at MercyOne Newton Medical Center. His death was due to complications from COVID-19.

The son of Andrew and Bessie (Balmer) Ward, Dean was born December 30, 1925, in Ladora, Iowa. He graduated from Newton High School in 1944. After high school, he entered the service and went to Army medic basic training. On July 22, 1948, Dean was united in marriage to Elizabeth Slings at the Newton Christian Reformed Church.

Dean loved his country. He served the U.S. Army medical and finance units in the Philippines during World War II. While there, he participated in the surrender of 700 Japanese soldiers. He also served during the Korean Conflict, stationed at Ft. Hood, Texas.

Dean loved his work. After a short time as an optical technician, Dean joined the Maytag Company where he enjoyed a 37-year career. He started working on the factory floor and ended his career as Director of Purchases for the Maytag Corporation. Dean's work at Maytag made him an early proponent of recycling. He worked on recycling programs across Iowa and in other states. In retirement, he managed the Maytag Employee Store, taught business development at DMACC, and volunteered with the Service Corps of Retired Executives helping people start businesses in the Newton area.

Dean loved his community. He served on and chaired several local boards. He was a founding member of the Newton Christian School board. He was a founding member of the Progress Industries board and holds the record as its longest-serving board member. He was a faithful member of the Newton Christian Reformed Church for over 73 years and served as a deacon, elder, and Sunday School teacher. He served on the board of home missions for the Christian Reformed Church in North America, the board of Christian Schools International and participated in several regional and national church assemblies.

Dean loved his family. He is survived by his wife of 72 years, Elizabeth; his children, Mary and Roger Ahrenholz of Prinsburg, Minnesota, and Mark and Annalee Ward of Dubuque, Iowa; his grandchildren and great-grandchildren, Scott and Holly Ahrenholz (Fritz, Liesl, and Wilko), Sara and Kevin Hawkins (Samantha), Derrick and Lindsey Ward (Kip, Harvey, and August), Emily and John Parr (Easton); his friend who was like a daughter, Lois Vos; his brothers and sisters-in-law, Jerry Ward, Bill and Barb Ward, Glennys Ward and Kay Ward; and his beloved nieces and nephews. He was preceded in death by his parents, his sisters Dorothy Harvey and Lucille Herbold, and his brothers Dale, Richard, and Harold Ward.

Most of all, Dean loved his Lord and Savior, Jesus Christ. All of his other loves flowed from this.

The family would like to thank all those who made a difference in Dean's life, especially his long-time physician, Dr. Patrick Edwards, the wonderful community of residents and staff at WesleyLife Park Centre, and the care team at MercyOne Newton.

Pence-Reese Funeral Home has been entrusted with arrangements, with a visitation at the funeral home from 4 p.m. until 6 p.m., Friday, January 15, the family will not be present, and masks are required. A private graveside service will be held with Dean's nephew, Rev. Dale Slings, officiating. A virtual memorial service will be held on Saturday, January 16, 2021, at 11:00 a.m. with Dean's nephews, Rev. Larry Slings and Rev. Brent Ward, officiating. A Facebook Live broadcast of the service can be viewed at the Pence-Reese Funeral Home & Cremation Services Facebook page. In lieu of flowers, donations may be sent to the Newton Christian School or the Newton Christian Reformed Church.

And Jesus said, "Well done, my good and faithful servant.

To send flowers to the family or plant a tree in memory of Dean Ward, please visit Tribute Store
Friday
15
January

Share Your Memory of
Dean
Upload Your Memory View All Memories
Be the first to upload a memory!
Share A Memory
Send Flowers
Plant a Tree