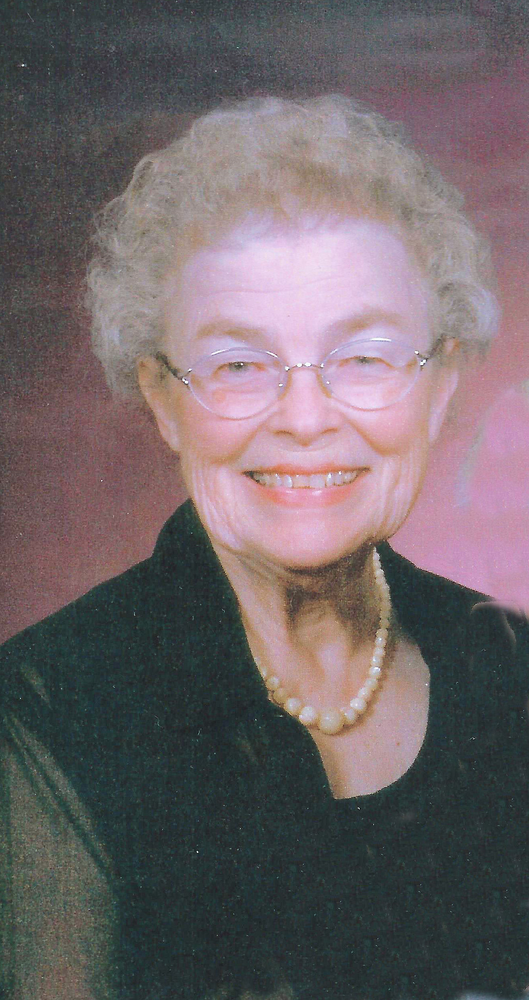 Please share a memory of Mildred to include in a keepsake book for family and friends.
View Tribute Book

She was a graduate of the Meservey Community High School, Class of 1937, and later from the Iowa Teacher's Collage (UNI) in Cedar Falls.

On June 6, 1943, Mildred was united in marriage with Warren John McFate in Meservey.

Following Warren's schooling in seminary, they entered the ministry and served for over 40 years in the Evangelical, Evangelical United Brethren and United Methodist denominations. She devoted herself to her husband, children. She was also a substitute schoolteacher. She had several cottage industry businesses, the largest of which was Millie's Stained Glass. She created hundreds of objects including large windows in the First United Methodist Church in Newton and the Wesley Woods Camp and Retreat Center. Mildred and Warren spent their entire careers in the state of Iowa, serving churches in Viola, Ross, Des Moines, Hubbard, Council Bluffs, Burlington, Washington, Monroe, New Hampton, Lanesboro-Churdan and Audubon. They enjoyed camping in their travel trailer on family vacations around the country, remaining active well into their 80s. They visited all 50 states except Alaska, but their favorite place to go was the Colorado mountains. Since Warren's retirement, they had attended the First United Methodist Church in Newton.

Mildred went home to be with her Savior, at her home at Park Centre, on November 16, 2020. Mildred was preceded in death by her parents; her husband Warren on September 20, 2017; a brother Roland; a sister Frances, and a grandson William.

A Private family graveside service will be held Thursday, November 19, 2020, by the Pence ~ Reese Funeral Home in Newton. {A broadcast of Mildred's service will be 03:30 p.m., Thursday, November 19. on the Pence ~ Reese Funeral Home and Cremation Services Facebook page.} In lieu of flowers, memorials may be left to the Wesley Woods Camp and Retreat Center 10896 Nixon St. Indianola, IA, 50125 or to a charity of your choosing. Burial will be in the Newton Union Cemetery {Due to state and federal guidance on gatherings, due to the COVID-19 pandemic, facemasks are required.}

Online condolences may be left for the family at: www.pencefh.com.