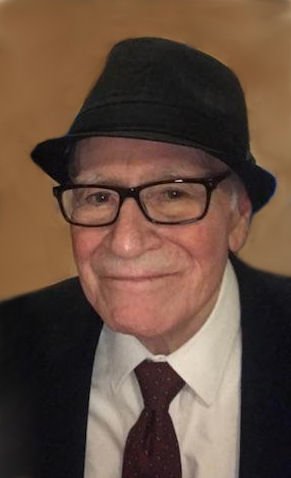 Please share a memory of Joseph to include in a keepsake book for family and friends.
View Tribute Book

Newton lost a beloved member of our community on October 19th, 2020 when Joseph Sostenes Urias (Joe)  passed away at Prairie Hills Senior Living in Des Moines.

Joe was born on August 5, 1930 in Newton Iowa to Sostenes and Avelina Urias of Sinaloa and Chihuahua, Mexico. He was very proud of his Mexican heritage, being a first generation Mexican-American. He graduated from Newton high School in 1948 with honors. He worked at Maytag for his entire career, working his way up from the Porcelain Department to a Senior Buyer. While working at Maytag he acquired his bachelor's degree in Business Administration at Drake University. Although he excelled in his career, his devotion was to his family. He married the love of his life, Lucy, in Newton on April 11, 1958 and together they built a family. Joe was a loving father who was proud of his children and always encouraged them to dream and to work hard to do whatever they desired.

Joe could often be found dancing with his wife Lucy, or with his children and grandchildren. He also spent many years performing and directing plays at the Newton Theater, coaching little league, camping, bowling and golfing. He was a committed member of The Moose Lodge for over 50 years, earning the highest honor in the organization, the Pilgrims degree. He was also a member of the Elks, and the Westwood golf course. He valued his catholic faith and was a long time member of Sacred Heart Church.

Friends may call at the Pence ~ Reese Funeral Home from 12 noon until 1:00 p.m. Thursday at the funeral home.  The family will not be present.  Memorials may be left for the family. Checks may be made out to Mike Urias.

To send flowers to the family or plant a tree in memory of Joseph Urias, please visit Tribute Store
Print
Thursday
22
October