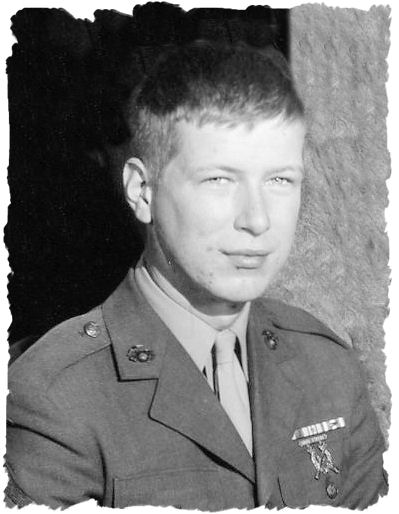 A Graveside service for Alan will be 11:00 a.m., Wednesday, July 8, 2020, in the Veteran's Section of Newton Union Cemetery, Pastor Paul Smith officiating. Pence ~ Reese Funeral Home in Newton, has been entrusted with the arrangements. Memorials are being designated to Alan's family.

Alan Lee Nimmo, 73, the son of Ray C. and Cleo Hazel (Messick) Nimmo, was born December 6, 1946, in Newton. He graduated from high school in Newton, Class of 1965. Alan served his country in the  US Marine Corp, during the Vietnam War. He was employed for a long time as a Civil Engineer.

Alan passed away on Thursday, July 2, 2020, at his home. He was preceded in death by his parents; and four brothers: Kenneth, Keith, Duane and John.

A broadcast of Alan's service will be Wednesday, July 8, 2020, at 11:00 a.m. on the Pence ~ Reese Funeral Home and Cremation Services Facebook page.

{Due to state and federal guidance on gatherings, due to the COVID-19 pandemic, facemasks are encouraged at the graveside services.}

To send flowers to the family or plant a tree in memory of Alan Nimmo, please visit Tribute Store

Share Your Memory of
Alan
Upload Your Memory View All Memories
Be the first to upload a memory!
Share A Memory
Send Flowers