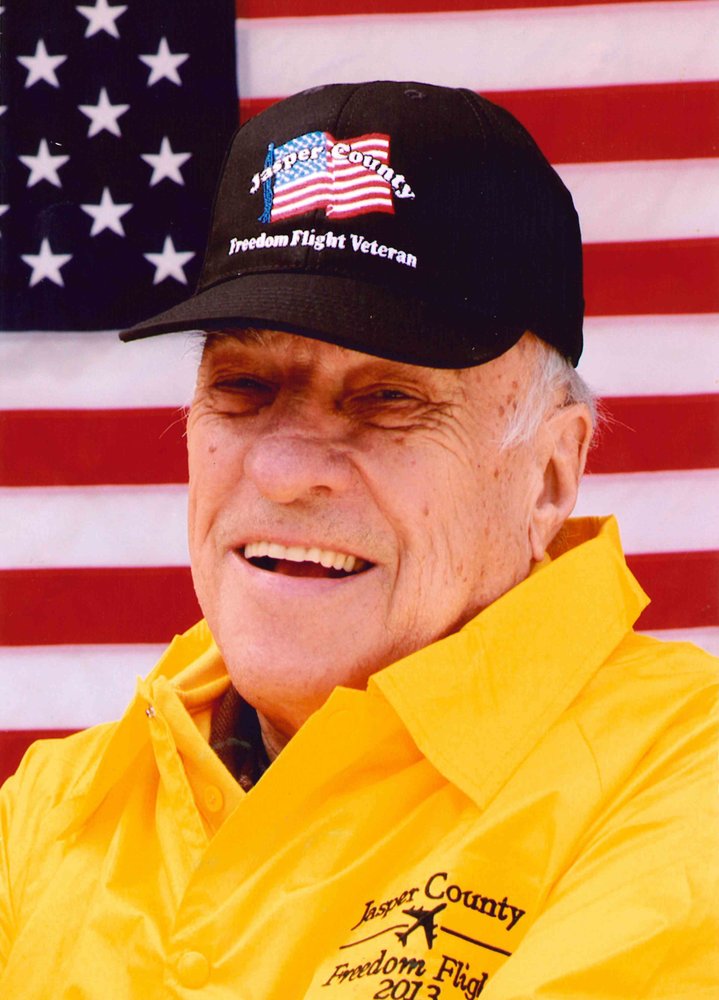 Donald Lee Johns, the son of John Harvey and Hesther M. (Myers) Johns, was born August 1, 1934 in Sabetha, Kansas.  He graduated from Sabetha Senior High School with the class of 1952.  Don served his country in the United States Air Force from 1954 -1975.  He had served in Germany, England and Spain.

On January 19, 1963, Don was united in marriage with Rachel Galvan in San Antonio, Texas.  Don worked as a cable splicer for United Telephone Company and then in assembly for the Maytag Company.  Don was a member of Sacred Heart Catholic Church and the Knights of Columbus.

Don died on Wednesday, February 26, 2020 at Unity Point Iowa Methodist Medical Center in Des Moines, Iowa.  He was 85 years old.  Don was preceded in death by his parents; his wife, Rachel, on August 21, 2013; his brother, Guy Johns; his sisters, Mary Anderson and Helen Sarra; and a nephew, Harold Guy-Johns.

Those left to honor Don’s memory include his daughter, Beverly Johns of Chicago, IL and his son, David Johns of Peoria, Il.

A funeral mass will be held at 10:30 am, Wednesday, March 4, 2020 at Sacred Heart Catholic Church in Newton.  The family will greet friends one hour prior to the service from 9:30 – 10:30 am at the church.  Memorials may be designated to the American Diabetes Association or the American Cancer Society and may be left at the church or at Pence ~ Reese Funeral Home.

To send flowers to the family or plant a tree in memory of Donald Johns, please visit Tribute Store
Print
Wednesday
4
March