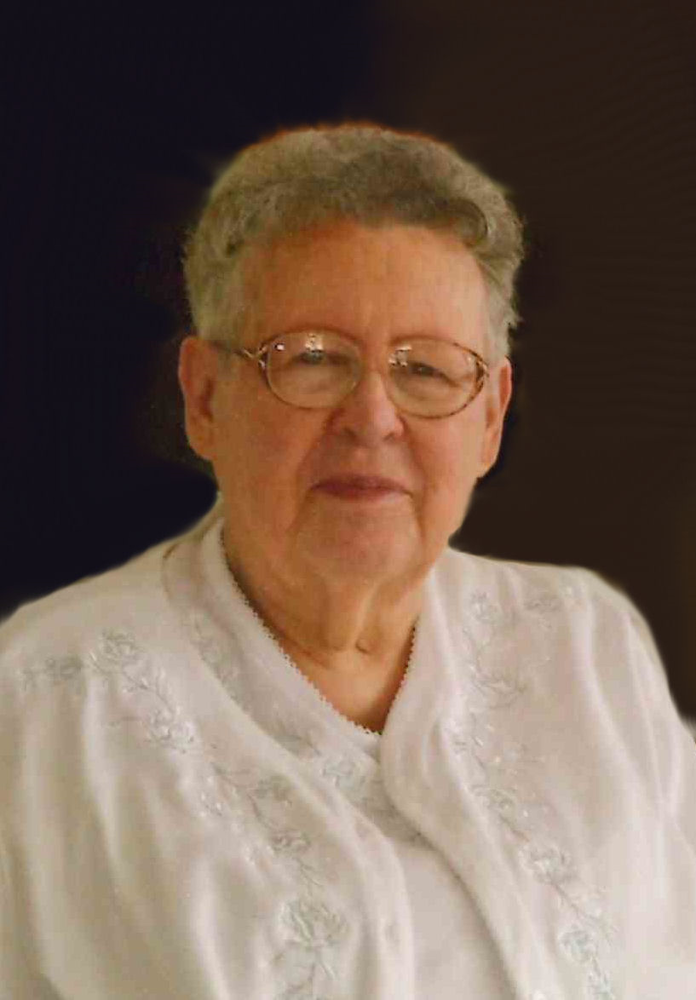 On July 5, 1955, Vada was united in marriage with Harold Edward Wickliff in Kirksville, Missouri.  Vada worked as a secretary for the phone company and Campbell Law Firm.  In 1986, she retired from the Maytag Company. She was a member of the V.F.W. Ladies Auxiliary. Vada was a devoted wife, mother, grandma and great-grandma. Whether she won or lost, she enjoyed the occasional trip to the casino. Before her strokes she liked to crochet and embroider. Several family members are fortunate to have some of her afghans and blankets. She loved a good cookie, and her family is blessed that she passed on her accomplished cooking and baking skills. Her generosity and selflessness touched many family members and friends.

Vada died on Monday, December 9, 2019 at MercyOne Newton.  She was 88 years old.  Vada was preceded in death by her parents; her brother, Geary Phillips; brothers and sisters-in-law, Lloyd and Shirley Philips, and Charles and Jerry Phillips; her sister and brothers-in-law, Roberta and George Schultz, and Arlan Downing. Also, her father-in-law and mother-in-law, Don D. and Mary Wickliff, her brothers-in-law and sisters-in-law, Junior and Mary Lou Wickliff, Bill Wickliff, and Bob Mouchka.

Funeral services will be held Saturday, December 14, 2019 at the Pence ~ Reese Funeral Home in Newton.  The family will greet friends from 5:30 pm until 7:30 pm Friday evening at the funeral home.  Memorials may be designated to the St. Nick’s Christmas Club or the Jasper County Animal Rescue League and may be left at the funeral home.

To send flowers to the family or plant a tree in memory of Vada Wickliff, please visit Tribute Store
Print
Saturday
14
December