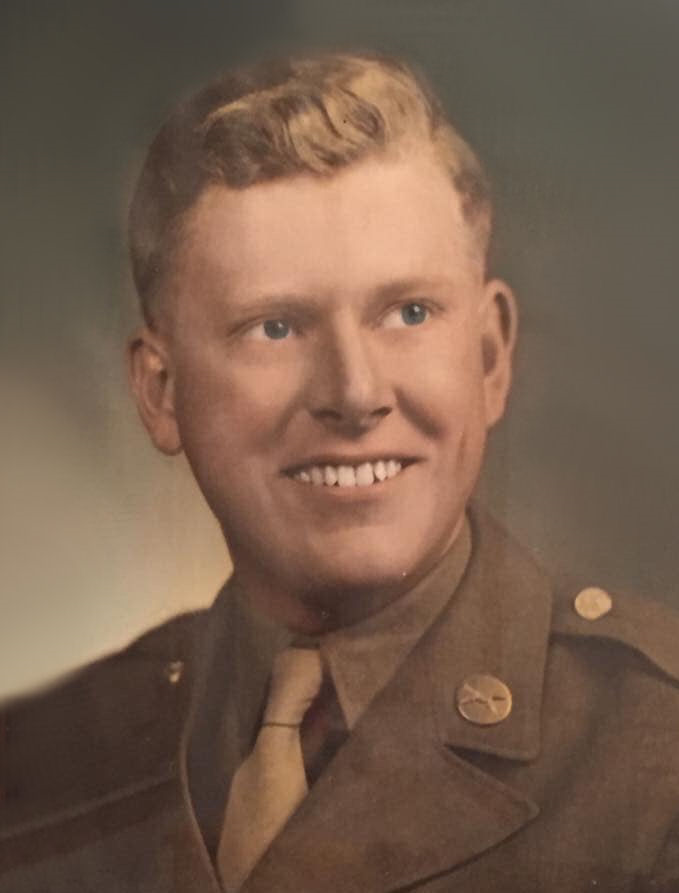 Victor, son of Victor A. Klopping Sr. and Maude (Emery) Klopping was born on September 16,1923 in Newton. He graduated from Newton in 1941. After graduation he briefly worked for Denniston Partridge Lumber before proudly serving in the US Army in WWII. He was stationed in the South Pacific where Victor earned a Purple Heart and a Bronze Star during his service.

He returned to Newton after WWII and joined his father in the trucking and hog buying business. This business is still in operation today and is owned and managed by his son Ronald Klopping. K-Line Trucking was recently honored in 2017 by Wheels of Time Magazine with the 75 Year Company Golden Achievement Award.

Victor met the love of his life Alice while attending a dance in Des Moines. They fell in love on their first date over butterscotch sundaes at Knox Cafe. They later married and celebrated 62 years together, four children and five grandchildren. During his life Victor loved the trucking business, enjoyed traveling with his family and looked forward to Summer vacations every June. He particularly enjoyed visiting National Parks throughout the United States. He also enjoyed ballroom and country dancing with Alice during their retirement.

He is preceded in death by his parents and survived by his wife Alice, his sons Ronald Klopping of Newton and Richard Klopping of Des Moines, daughters Cheryl Patton (Tom) of Simsbury CT, Carol Atkinson (Mark) of West Des Moines and grandchildren Darin Patton, Laura Patton, Katherine Reiss, Madeline Minnick and Patrick Minnick.

There will be a Memorial Services held at 11:30 am, Monday, August 5, 2019, at the First Lutheran Church in Newton.  The family will greet friends from 10:30 am until service time at the church. Interment will be at a later date at Newton Union Cemetery. In lieu of flowers, memorials may be designated to Victor’s family or a charity of your choosing.

A special thank you to the staff at Wesley Life Home Heath, MercyOne Hospice and the VA Hospital for their care and assistance over the past two years.

To send flowers to the family or plant a tree in memory of Victor Klopping , Jr., please visit Tribute Store
Print
Monday
5
August