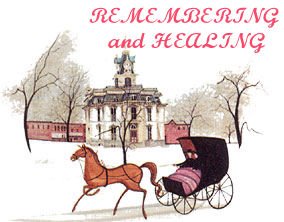 Dorothy, formerly of Newton, passed from this life on Tuesday evening, June 11, 2019, in Moberly, Missouri.

On September 14, 1947, Dorothy was united in marriage with Darwin Stoner at the St. John’s Lutheran Church in Des Moines.  For over thirty years she was employed in housekeeping by the Terrace Inn and Newton Motor Inn.  After retiring, thee moved to Moberly, Missouri in 1995.  She was a loving wife, mother, grandma and friend, she will be greatly missed by those who knew and loved her.  Dorothy and Darwin were past members of Our Savior Lutheran Church in Newton.

She was preceded in death by her parents, her husband Darwin on March 3, 2016; a daughter Bonnie Northcutt; her son DeWayne Stoner; grandson Dustin Stoner; a great-granddaughter Payton True Brauch; sisters: Winafred Chapman and Edna Mae Ridgway; and her brothers: Ted Bowie and Robert Bowie.

A time of Remembrance and Visitation will be 10:00 a.m. until 11:30 a.m.; Wednesday, June 19, 2019, at the Pence ~ Reese Funeral Home in Newton, with burial at Newton Union Cemetery.  In lieu of flowers, memorials may be left with her family or a charity of your choosing.

To send flowers to the family or plant a tree in memory of Dorothy Stoner, please visit Tribute Store
Wednesday
19
June

Share Your Memory of
Dorothy
Upload Your Memory View All Memories
Be the first to upload a memory!
Share A Memory
Send Flowers